My Opening Post on the Defense's Opening Brief in the Adnan Syed Case: Just the Facts Ma'am

Today, the defense filed its opening brief to the Court of Appeals of Maryland in the Adnan Syed case. By way of review, the Court of Appeals, Maryland's highest court, will hear oral arguments in the case in late November/early December and render its decision by August 31, 2019. There is a lot of law in the defense brief, but I want to focus on the facts in this first post on the brief. 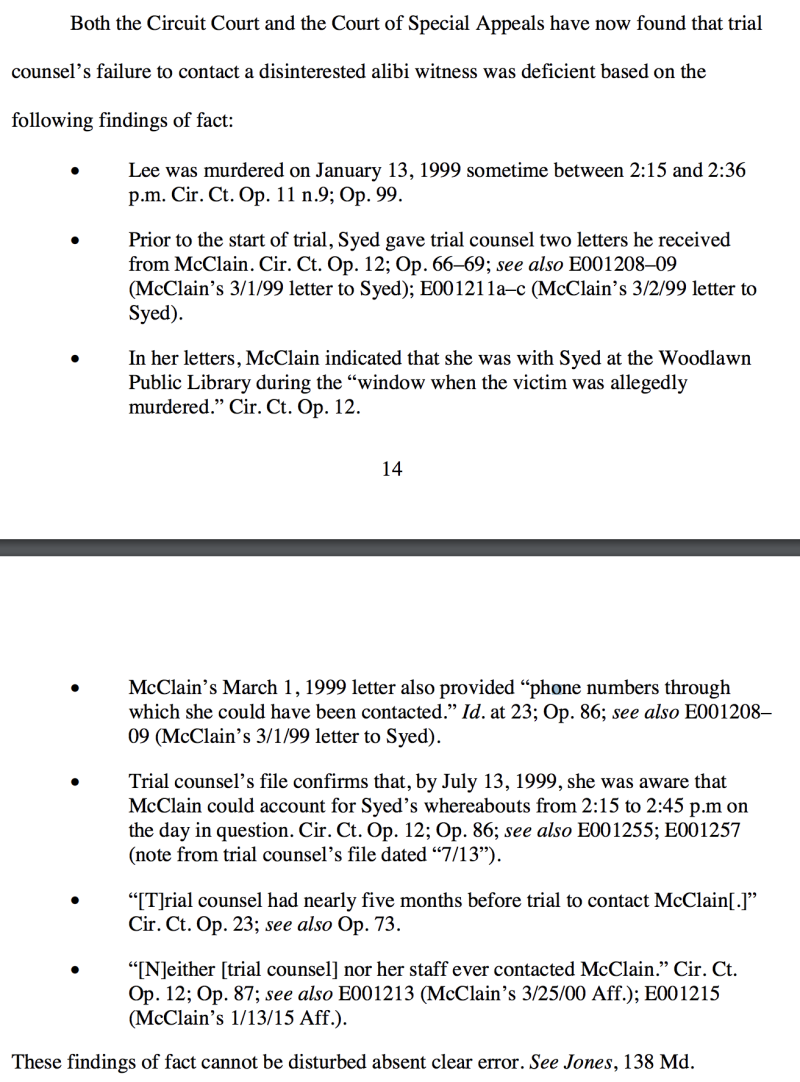 So, what does it take for an appellate court like the Court of Appeals to conclude that factual findings are clearly erroneous? In State v. Brooks, 812 A.2d 342 (Md.App. 2002), the Court of Special Appeals held that

In other words, it would be utterly shocking for the Court of Appeals to reverse any of these factual findings which were made by Judge Welch and later affirmed by the Court of Special Appeals. Of course, the other shocking thing about the above facts is the dereliction of duty they establish. They show that defense counsel (1) was made aware of an alibi witness five months before trial; (2) knew that this alibi witness covered the window when the victim was allegedly murdered; (3) was given the alibi witness's phone number; and yet (4) did not contact the alibi witness or have anyone on her staff contact her.

Of course, all of these facts lead to the conclusion made by both Judge Welch and the Court of Special Appeals: "had she testified, McClain 'would have directly contradicted the State’s theory of when Syed had the opportunity and did murder Hae.'"

All of these facts strongly support a finding of ineffective assistance of counsel, and they also lead into this introductory legal argument by the defense: 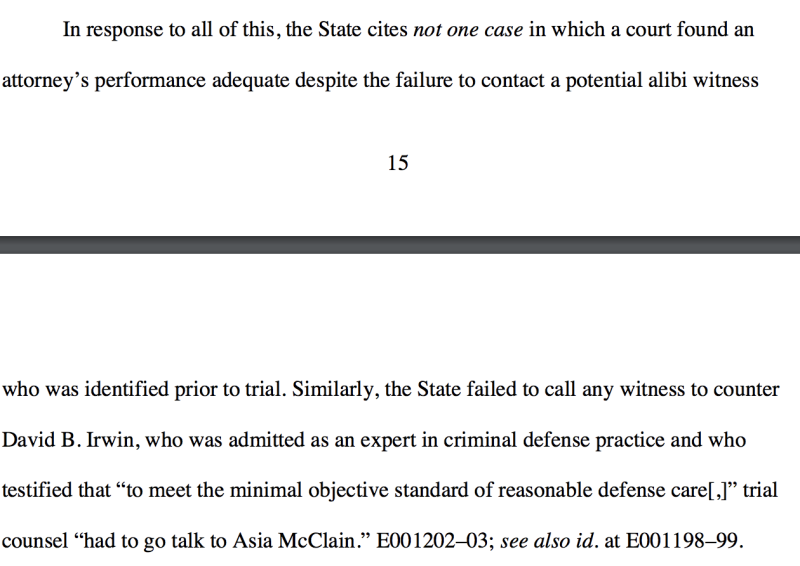 That only takes us to the top of page 16 of the brief, but the defense has already laid out a fairly compelling case on the facts and the law. And, given what Carl Sandburg said about a party with neither the facts nor the law on their side, I'm a but concerned for the State's table at the Court of Appeals during oral arguments.