Adnan's Brief, Take 2: Why the State Won't Win on Scope as a Standalone Issue

A Comprehensive Look at the Current Status of Adnan's Case

I've been getting a lot of questions about the current status of the Adnan Syed case, so I thought that I would do a post that gets into the nitty gritty of it. 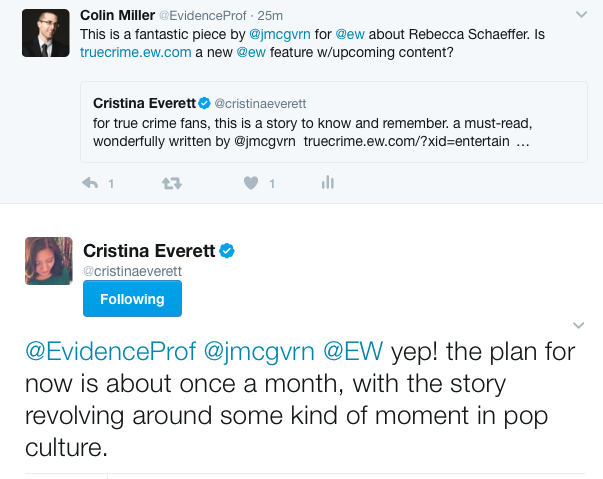 Was the "Come & Get Me" Call the Linchpin on the State's Case Against Adnan?

Having focused on the State's Brief of Appellant in the Adnan Syed over the last two weeks, I wanted to turn my attention to the upcoming Brief of Appellee, which is scheduled to be filed by March 29th. In addition to responding to the State's Brief of Appellant, the Brief of Appellee will also allege that Judge Welch erred in his ruling on the Asia/ineffective assistance claim. Specifically, the defense will argue that (1) Judge Welch correctly concluded that trial counsel acted unreasonably in failing to contact Asia McClain; but that (2) Judge Welch incorrectly concluded that this error was not prejudicial, i.e., does not undermine our confidence in the jury's verdict.

Delving Deeper Into the Waiver Issue in the Adnan Syed Case

I've gotten some good feedback on my posts last week (here and here) about waiver in the Adnan Syed appeal. After reviewing the relevant Rules/Section some more, I feel like I have a better grasp on whether waiver is a potential winning argument for the State on appeal.

After a few posts on procedural matters in connection with the State's appeal in the Adnan Syed case, this post takes me back to the substance of the State's appeal This is the post where I lay out the precedent that I think will lead the Court of Special Appeals to affirm Judge Welch's order granting Adnan a new trial.

In finding ineffective assistance based on trial counsel's failure to use the AT&T disclaimer to cross-examine the State's cell tower expert, Judge Welch cited four cases:

So, what did the State have to say about these cases in its Application for Leave to Appeal (ALA) and Brief of Appellant?

there's a good argument that the State's waiver argument in the Adnan Syed case is a non-starter. If that's true, the only possible procedural ground for overruling Judge Welch's order granting a new trial would be a finding that Judge Welch exceeded the authority granted to him by the Court of Special Appeals (COSA) in its remand order by allowing Adnan to supplement his Asia/ineffective assistance claim with the cell tower/ineffective assistance claim.

There's one legal topic I've discussed on this blog more than any other: Should jurors be able to impeach their verdicts by testifying about racial bias during deliberations. I link to many of my posts in this post, which also discusses the article I wrote on the topic: Dismissed with Prejudice: Why Application of the Anti-Jury Impeachment Rule to Allegations of Racial, Religious, or Other Bias Violates the Right to Present a Defense.* Now, about eight years after that article, the United States Supreme Court has finally agreed.

Is Adnan's Cell Tower Claim Related to His Asia Claim Based on a Prejudice Analysis?

As I noted in a post last Wednesday, there's a good argument that the State's waiver argument in the Adnan Syed case is a non-starter. If that's true, the only possible procedural ground for overruling Judge Welch's order granting a new trial would be a finding that Judge Welch exceeded the authority granted to him by the Court of Special Appeals (COSA) in its remand order by allowing Adnan to supplement his Asia/ineffective assistance claim with the cell tower/ineffective assistance claim. In the next few posts, I will take a look at that argument.

Is the State Right That the Time, Duration, and Sequence of Dialed Numbers Corroborated Jay?

In order to find ineffective assistance of counsel on the cell tower issue, Judge Welch needed to find (1) unreasonable performance; and (2) prejudice, i.e., a reasonable probability of a different outcome at trial if Gutierrez had cross-examined the State's cell tower expert with the AT&T disclaimer at trial. In its Brief of Appellant, the State spends a good deal of time arguing against unreasonable performance, but it doesn't spend much time arguing against prejudice. The State's prejudice argument is about a page and a half: one paragraph on page 34, all of page 35, and one paragraph on page 36.The heart of the State's argument is as follows:

So, is the State correct that the time, duration, sequence, and dialed numbers on Adnan's call log reinforce the veracity of Jay's testimony?

According to the State's Brief of Appellant in the Adnan Syed case:

This is probably the most facially compelling argument in the State's brief. It is well established that appellate courts will find ineffective assistance based upon omissions and not based upon choices, assuming that those choices involve some modicum of strategy. Judge Welch found that Cristina Gutierrez's failure to use the AT&T disclaimer to cross-examine the State's cell tower expert was an omission warranting a new trial.

Conversely, in its brief, the State tries to recharacterize Gutierrez's decision as a choice based upon strategy. The AT&T disclaimer, of course, stated that

The State's contention, then, is that Gutierrez's strategy was to attack the reliability of all pings and that use of the AT&T disclaimer would have tended to confirm the reliability of incoming pings. But there's a huge problem with this argument.

Yesterday, I posted an entry about Poole v. State, 203 Md.App. 1 (Md.App. 2012), which might be the most important case for Adnan's appeal. The heart of the State's Brief of Appellant is the claim that Adnan had to demonstrate "extraordinary cause" for failure to raise his ineffective assistance/cell tower claim within the ten-year statute of limitations in order to raise it in his reopened PCR proceeding. If you're wondering how difficult it is to establish "extraordinary cause," consider this tweet by Erica Suter, an expert in Maryland appellate law:

In his opinion granting Adnan a new trial, Judge Welch found that the right to counsel is a "fundamental right," meaning that a claim of ineffective assistance of counsel cannot be waived pursuant to Curtis v. State unless that waiver was "intelligent and knowing." By way of contrast, claims that are not fundamental are waived if they are not brought within the ten year statute of limitations unless the defendant can establish "extraordinary cause" for late filing. In its Brief of Appellant, the State claimed that Judge Welch erred in his opinion and that Adnan needed to establish "extraordinary cause" for Judge Welch to be able to hear his ineffective assistance/cell tower claim. But, in doing so, the State pointed to a precedent that strongly suggests that Adnan should have been "freely allowed" to add his ineffective assistance/cell tower claim without having to comply with Curtis v. State or establish "extraordinary cause."