In my opinion, the State's best chance at winning it's appeal on the ineffective assistance/cell tower issue is the argument that Adnan waived his claim on this issue by not bringing it within the 10 year statute of limitations. In its Brief of Appellant, however, the State has ignored a hugely important opinion of the Court of Appeals of Maryland on the issue.

As I've noted in my last three posts, the State cited three cases in its Brief of Appellant in the Adnan Syed case on the substantive issue of whether Cristina Gutierrez was ineffective in failing to use the AT&T disclaimer to cross-examine the State's cell tower expert: (1) Maryland. v. Kulbicki (post); (2) United States v. Berkowitz, 927 F.2d 1376 (7th Cir. 1991) (post); and (3) Henry v. State, 772 S.E.2d 678 (Ga. 2015) (post). As I noted in each of those posts, I don't think any of these cases actually help the State's argument. That said, they are all legal precedents, and the Court of Special Appeals of Maryland will engage in a de novo/clean slate review of the legal question regarding whether Adnan received the ineffective assistance of counsel.

The State, however, spent the bulk of its Brief of Appellant claiming that Judge Welch made factual errors in his assessment of the credibility of the cell tower experts at the PCR proceeding. In this post, I will address the legal standard that the Court of Special Appeals will apply to these arguments.

Following up on yesterday's post, the second case cited by the State in its Brief of Appellant in the Adnan Syed case in the ineffective assistance/cell tower claim was Henry v. State, 772 S.E.2d 678 (Ga. 2015). Let's start with the obvious: This is a Georgia state case, so it is persuasive precedent, which the Court of Special Appeals of Maryland could apply or ignore. So, why did the State cite the Henry case?

Today, the State filed its Brief of Appellant in the Adnan Syed case. As I noted in my post last Wednesday, my biggest question was whether the State would cite to any cases other than Maryland. v. Kulbicki on the issue of whether Cristina Gutierrez was ineffective in failing to use the AT&T disclaimer to cross-examine the State's cell tower expert. In this post, I will discuss one of the two cases that the State cited.

It's currently five days before the State's first brief is due in the Adnan Syed appeal. The State is appealing the portion of Judge Welch's order concluding that

My biggest question is whether the State will be able to cite to any case other than Maryland. v. Kulbicki to support its position. And that's because I don't think Kulbicki is especially helpful to the State's case.

In My Opinion: My Review of "The Good Fight" Premiere

Early in the first episode of "The Good Fight," Maia Rindell (Rose Leslie) asks Diane Lockhart (Christine Baranski), "Are we on the right side of this?" The two are defending Cook County in a lawsuit alleging police brutality against an African-American man. Rindell's career is just starting; Baranski's career is just ending. But when Rindell's hedge fund father is busted for facilitating a Ponzi scheme, both find themselves beginning anew at the African-American law firm they had just been fighting against. And, as the first episode makes clear, the question for both women is suggested by the series title: What does it mean to fight the good fight? 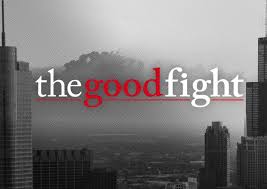 Back in November 2014, Julia Simon-Kerr, an Associate Professor at the University of Connecticut School of Law, did a series of guest posts on this blog (see here). Those posts were about one of my favorite subjects covered by the rules of evidence: impeachment, the process by which a party calls into question the credibility of a witness. Part of what makes this subject so intriguing is that it requires judgment calls over what acts of a person bear upon that person's honesty, integrity, and credibility. Is a person with a violent past less credible than a person who has never harmed a fly? And what about a history or drug abuse? Prostitution? Gambling?

I did a short podcast about the Court of Appeals of Maryland's landmark bail ruling:

[Note: To prevent the audio from glitching, you'll have to right click on the link below and download or open it in iTunes.]

My Short Podcast About the Michael Peterson/"The Staircase" Case

[Note: To prevent the audio from glitching, you'll have to right click on the link below and download or open it in iTunes.]