Daubert's Werewolf and the Concept of "Fit" With Expert Evidence

A less well known portion of the Court's Daubert opinion deals with the idea of "fit" as it relates to expert evidence. To establish this point, Justice Blackmon uses a werewolf analogy that some have since dubbed Daubert's werewolf. 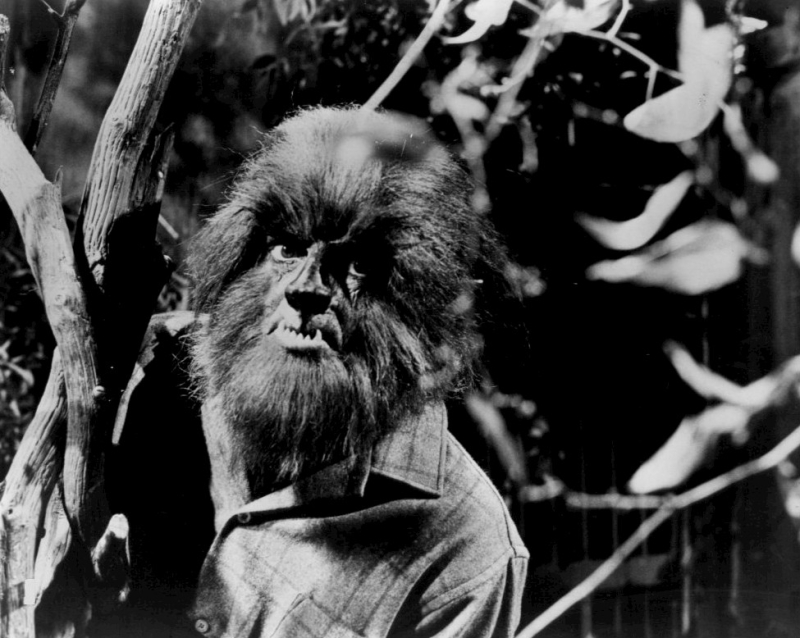 Today, Justin Brown filed a Motion for Release Pending Appeal in the Adnan Syed case. This Motion comes on the heels of (1) Judge Welch's order granting Adnan a new trial; and (2) the State's Application for Leave to Appeal this order to the Court of Special Appeals of Maryland. Brown's motion asks Judge Welch to release Adnan from incarceration* (1) while the State appeals Judge Welch's order and (2) in the event of a retrial. I'm going to save the bulk of my analysis for a special Undisclosed episode on the Motion, but I will highlight one aspect of the Motion in this post.

In 1923, the Court of Appeals of the District of Columbia issued its opinion in Frye v. United States, 293 F. 1013 (D.C. Cir. 1923). In the wake of this federal opinion, court across the across the country adopted  the Frye test, which deemed expert evidence admissible only if was based upon a technique/technology that had general acceptance in the relevant expert community. In 1993, however, the Supreme Court created a sea change when it decided Daubert v. Merrell Dow Pharmaceuticals, 509 U.S. 579 (1993), which said that judges should serve as gatekeepers and determine the reliability/admissibility of expert evidence by looking at factors such as

Since this decision, at least 30 states have changed from the Frye test to the Daubert test. One court, however, that had not adopted the Daubert test was the District of Columbia Court of Appeals, the "state" supreme court for D.C. But that all changed yesterday.

Background: Concordia University School of Law, located in Boise, Idaho, invites applications for a tenure-track position beginning in the 2017-18 academic year.  Candidates for the position must clearly demonstrate the potential for excellence in research and teaching and have a record of (or clear potential for) distinguished scholarship.  Our goal is to recruit dynamic, bright, and highly motivated individuals who are interested in making significant contributions to our law school and its students.  Practice experience is preferred, and teaching experience is desirable.  As a Lutheran institution of higher education, we seek candidates who will support our mission and promote Lutheran values.

Special Instructions to Applicants: Questions about the position can be directed to the Chair of the Committee.  Applicants should submit a current Curriculum Vitae, a statement of faith, and a letter of interest to https://cu-portland.csod.com/ats/careersite/JobDetails.aspx?id=118.  Please also provide the names and email addresses of three individuals prepared to speak to your professional qualifications for this position. Please note: these references will not be contacted immediately, but may be contacted at an appropriate later point in the review process. Additional materials related to teaching excellence and samples of scholarly publications may be emailed to the Victoria Haneman, Chair of the Committee, atvhaneman@cu-portland.edu.  Review of applications will begin immediately and continued until the position is filled. Concordia University reserves the right to give preference in employment based upon religion in order to further the Lutheran objectives of the University and the Lutheran Church-Missouri Synod.

The Committee has a particular interest in hiring someone to teach Criminal Law and Evidence.

Floyd County, Georgia Has the Second Highest Rate of Jailed Women in the Country

Here's a pretty interesting statistic tangentially related to our Season 2 case for Undisclosed. According to a New York times story, the three counties with the highest rates of jailed women in the country are

Nevada County, Calif.; Floyd County, Ga.; and St. Charles Parish, La. Each has a population of fewer than 100,000 people but a rate of incarceration for women of more than 280 per 100,000, according to the Vera Institute.

Many readers have asked me whether the Supreme Court's opinion in Miller v. Alabama means that Adnan Syed's life sentence is unconstitutional. In Miller, the Supreme Court held that mandatory life without parole sentences for juveniles are unconstitutional, and many jurisdictions, including South Carolina, have read Miller even more broadly. The problem for Adnan, however, was that he was technically given a life sentence with the possibility of parole, making Miller inapplicable. I say "technically," however, because Parris Glendening, the governor of Maryland in the 1990s and early 2000s, "effectively stopped all parole possibilities for criminals serving life sentences." So, should sentences like the one given to Adnan be treated as the functional equivalent of a sentence of life without parole, which could render it unconstitutional? That's the claim in a lawsuit filed by the ACLU of Maryland against Governor Larry Hogan and other officials, and the question is whether the State's latest response is sincere or subterfuge.

In last night's episode of "Undisclosed," we discussed the $20,000ish reward offered in the Isaac Dawkins case, including the possibility that the reward money might have been spent to purchase motorcycle(s). This wouldn't be the first Georgia case covered by a podcast in which a key witness received the reward money. The other case was the prosecution of Justin Chapman, covered by Season 1 of the Breakdown Podcast.

On Friday, I posted an entry about the amici curiae brief filed by various Maryland State's Attorneys in support of the State's Application for Leave to Appeal in the Adnan Syed case. Since then, on Twitter, I've noted that almost every factual assertion made in the brief was incorrect and/or misleading, and Susan has noted how the factual error with regard to cell tower pings was especially egregious. The assertion that really bugs me, though, is this one:

-Statistics on the percentage of cases in which the Court of Special Appeals (COSA) granted Applications for Leave to Appeal (ALAs) (0-5% annually);

Today, various Maryland State's Attorneys filed an amici curiae brief in support of the State's Application for Leave to Appeal. So, what did they cite in their brief?

Today, the State filed a Consolidated Reply in the Adnan Syed case. The Reply once again asks the Court of Special Appeals of Maryland to (1) grant it leave to appeal Judge Welch's order granting Adnan a new trial on the cell tower issue; and (2) remand the case back to the Circuit Court in the event that it plans to grant Adnan leave to cross-appeal Judge Welch's order denying Adnan a new trial on the Asia alibi issue. Let's dig into three of the arguments made in the Reply.