In last night's episode of "Undisclosed," I discussed Joe Pesci and Daniel Stern in "Home Alone" as an example of a "signature" crime, in which the criminals leave behind some type of calling card at the crime scene. In "Home Alone," characters played by Pesci and Stern (Harry and Marv) would commit burglaries and then wad up towels in kitchen sink and leave the water running to flood the houses of their victims. This is why I mistakenly referred to them as the "kitchen sink burglars" when they actually (as many listeners have correctly pointed out) referred to themselves as the "wet bandits."

It actually turns out that a few lawyers/judges have used a similar analogy to describe the dichotomy between inadmissible propensity character evidence and admissible signature crime/modus operandi evidence.

Recently, the Executive Office of the President President’s Council of Advisors on Science and Technology (PCAST) issued a report to President Obama entitled "Forensic Science in Criminal Courts: Ensuring Scientific Validity of Feature-Comparison Methods." That report had a series of recommendations and findings. According to Recommendation 1:

It is important that scientific evaluations of the foundational validity be conducted, on an ongoing basis, to assess the foundational validity of current and newly developed forensic feature-comparison technologies. To ensure the scientific judgments are unbiased and independent, such evaluations must be conducted by a science agency which has no stake in the outcome.

(A) The National Institute of Standards and Technology (NIST) should perform such evaluations and should issue an annual public report evaluating the foundational validity of key forensic feature-comparison methods.

Meanwhile Finding 4 was that

PCAST finds that bitemark analysis does not meet the scientific standards for foundational validity, and is far from meeting such standards. To the contrary, available scientific evidence strongly suggests that examiners cannot consistently agree on whether an injury is a human bitemark and cannot identify the source of bitemark with reasonable accuracy.

And Finding 5 was that

PCAST finds there are no appropriate empirical studies to support the foundational validity of footwear analysis to associate shoeprints with particular shoes based on specific identifying marks (sometimes called “randomly acquired characteristics). Such conclusions are unsupported by any meaningful evidence or estimates of their accuracy and thus are not scientifically valid.

PCAST has not evaluated the foundational validity of footwear analysis to identify class characteristics (for example, shoe size or make).

So, what was the response by the Attorney General, the FBI, and the National District Attorneys Association (NDAA) to this report?

Military Rule of Evidence 513(a) provides that

A patient has a privilege to refuse to disclose and to prevent any other person from disclosing a confidential communication made between the patient and a psychotherapist or an assistant to the psychotherapist, in a case arising under the Uniform Code of Military Justice, if such communication was made for the purpose of facilitating diagnosis or treatment of the patient’s mental or emotional condition.

Does this psychotherapist-patient privilege prevent the disclosure of the dates on which a patient was treated, the identity of the provider, the diagnostic code, or the therapies used? That was the question of first impression addressed by the United States Coast Guard Court of Appeals in H.V. v. Kitchen, 75 M.J. 717 (2016).

Here's a pretty interesting story about a 1998 murder in Baltimore.* It involves the trial of "Kenneth D. Perry, 43, who was convicted and sentenced to life without parole in 2001 for killing Kelly Bunn and his former girlfriend, LaShawn Jordan, as Jordan's 4-year-old daughter watched." Well, actually, it involves the trial(s) of Perry.

Today, Justin Brown filed two responses in the Adnan Syed case: (1) a response to the State's Application for Leave to Appeal; and (2) a response to the State's Conditional Application for Limited Remand. The first response asks the Court of Special Appeals of Maryland to deny the State leave to appeal Judge Welch's order granting Adnan a new trial based upon trial counsel's failure to cross-examine the State's cell tower expert with the AT&T disclaimer. The second response, which I will address in this post, asks the Court of Special Appeals to refrain from remanding the appeal back to Judge Welch so that he can receive testimony from two sisters, who allege that Asia McClain told them she would make up an alibi for Adnan.

Pursuant to Rule 3.8(g) of the Model Rules of Professional Conduct,

When a prosecutor knows of new, credible and material evidence creating a reasonable likelihood that a convicted defendant did not commit an offense of which the defendant was convicted, the prosecutor shall:

(1) promptly disclose that evidence to an appropriate court or authority, and

(2) if the conviction was obtained in the prosecutor’s jurisdiction,

(i) promptly disclose that evidence to the defendant unless a court authorizes delay, and

Rule 3.8 covers the Special Responsibilities of a Prosecutor, and it was created in response to cases like the (initial) prosecution of Steven Avery.

This weekend, I listened to the first two episodes of the Accused podcast. Here is the Cincinnati Enquirer's description of the podcast:

The Oxford Police Department approached the 1978 stabbing and strangulation of Elizabeth Andes as an open-and-shut case. This mindset was bolstered by the next-day confession of Andes’ boyfriend, Bob Young, who admitted to the slaying after 15 straight hours of interrogation. But Young immediately recanted the confession, saying he was tired, traumatized and confused. Two separate juries – one criminal, the other civil – found him not guilty of the crime.

But Oxford Police refused to re-investigate the case, telling reporters at the time that the juries got it wrong and Young got away with murder. Several of the players to this day maintain that they’d charged the right guy.

That’s where journalists Amber Hunt and Amanda Rossmann have stepped in. The two have dedicated a year re-investigating the case – more thoroughly, it turns out, than did the initial detectives. They’ve tracked down people that police weren’t able to find and uncovered information overlooked in 1978. The resulting podcast, titled “Accused: The Unsolved Murder of Elizabeth Andes,” lays out the story while uncovering strong leads never pursued by police.

I highly recommend it. 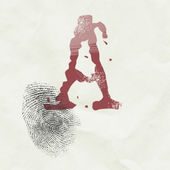 The "In the Dark" Podcast and the Wetterling Act

Yesterday, American Public Media premiered the first two episodes of the new podcast, "In the Dark," by Madeleine Baran. Baran is a reporter for APM Reports, American Public Media's investigative reporting and radio documentaries project. In 2015. she won a Peabody Award for her role in the documentary, "Betrayed By Silence," which took an indepth look into the child sex-abuse scandal in the Archdiocese of St. Paul and Minneapolis. She is also a guest on tonight's episode of the Undisclosed Podcast.

The Second Interview of Not Her Real Name Cathy

Here's a quick post on the Adnan Syed case for Labor Day. On March 9, 1999, Detectives Ritz and Carew interviewed Not Her Real Name Cathy (NHRNC). We've known about this for quite some time. We also knew that the detectives thereafter interviewed NHRNC's boyfriend Jeff on March 11, 1999, with only the cover sheet (final page) for that interview surviving.

Here's a pretty incredible story out of Philadelphia:

Last week, after 25 years in prison for rape, robbery and murder, Tony Wright was found not guilty in a two-and-a-half-week re-trial – a verdict that took a jury of his peers just five minutes to deliberate. “The evidence of his innocence was so overwhelming that there could’ve been no other verdict,” said Grace Greco, the jury forewoman, at a packed and emotional press conference in the Philadelphia offices of Wright’s star-studded legal team. “I’m angry that this case was ever re-tried, but thrilled that we were able to release Tony from this nightmare of twenty-five years.”

Wright, however, very nearly never had a chance to prove his innocence.