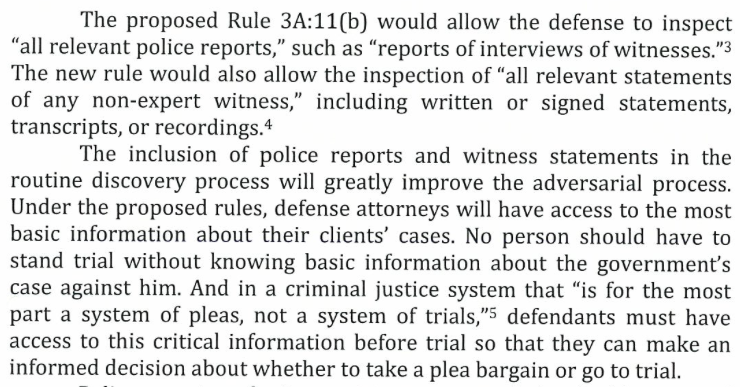 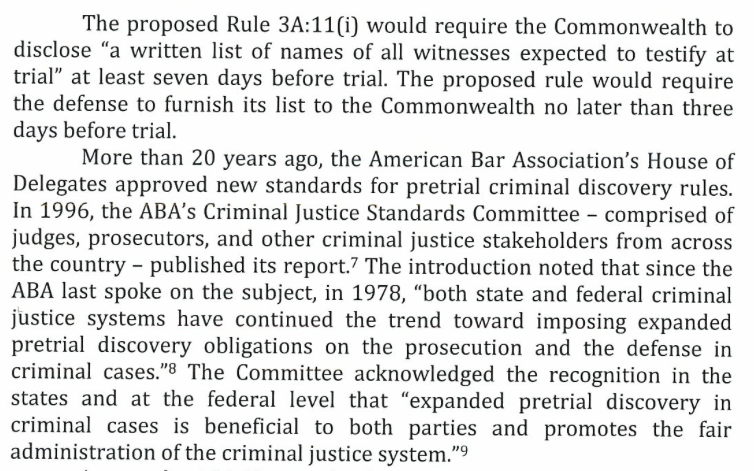 3. The Promulgation of Brady

These sound like great, commonsense proposals that are similar to the criminal discovery rules in many other jurisdictions and would provide a bulkhead against many wrongful convictions. Unfortunately, they were not adopted. On December 2nd, the Supreme Court of Virginia issued a one paragraph order** which simply stated

On December 2,2014 came the Special Committee on Criminal Discovery Rules and submitted its final report, which included proposed revisions to Rules 3A:l1, 3A:12, 7C:5, 8:15, and which also proposed the adoption of Rule 3A:12.1. Having considered the Committee's report and the public comments submitted in response thereto, the Court declines to adopt the Committee's recommendations.

Many of the committee’s participants, including prosecutors, judges, defense lawyers, professors and police officials, who spent a year meeting and arguing and proposing changes to the Supreme Court’s rules on criminal discovery, said they were flabbergasted that not a single change was adopted. Veteran defense attorneys across Virginia, hopeful after the proposals were issued in December 2014, were again discouraged.

The fact that the Supreme Court is saying ‘No, we’re not going to do it’ without further explanation is just very upsetting and beyond frustrating,” said Loudoun defense lawyer Alex Levay, who had worked on or chaired various rules committees since 2004. “It’s unbelievable we’re still going to trial not knowing what the full story is.”

This is incredibly depressing, and I hope that the Supreme Court of Virginia reconsiders its decision and at least does something with the criminal discovery rules.

*I was part of the student ACLU club at William & Mary and later did a fellowship with the Virginia ACLU after law school.

**I externed at the Supreme Court of Virginia. I worked with Justice Cynthia Kinser, who was the Chief Justice when the special committee was appointed. Unfortunately, she retired at the end of 2014. I would really love to know whether there would have still been the same result if she were involved in the decision. Based on my interactions with her, I doubt it.

I'm thinking that it's pretty safe to assume that this decision is one based on politics and doesn't have anything to do with the law or justice.