The Serial Podcast, Take 3: The Notes on the Back of Hae Min Lee's Letter

Earlier today, I posted my second entry about the Serial Podcast, in which Sarah Koenig investigates the 1999 prosecution of 17 year-old Adnan Syed for murdering his ex-girlfriend, 18 year-old Hae Min Lee. In that post, I noted that the trial court likely erred in allowing the prosecution to admit a letter written by Hae to Adnan. As I noted, that letter stated,

....I'm really getting annoyed that this situation is going the way it is....Your life is NOT going to end. You'll move on and I'll move on. But, apparently, you don't respect my decision....I NEVER wanted to end this like this, so hostile and cold....Hate me if you will. But you should remember that I could never hate you.

As I also noted, Adnan and his classmate Aisha Pittman also allegedly exchanged notes during class on the back of that letter. And while Adnan claimed on appeal that the trial court erred by admitting Hae's letter, he apparently didn't argue that his own note(s) on the back of the note should have been deemed inadmissible. According to the government's brief,

Pittman testified that the handwriting in pen on the back was Syed's, and that the handwriting in pencil was hers. (1/28/00,243). Written in pen on the back was "I am going to kill." (1/28/00,248). Pittman testified that phrase was not on the back of the letter when she was writing notes back and forth to Syed. (1/28/00, 253). On appeal, Syed does not challenge the admissibility of the back of the letter. Syed's complaint is as to the writings by the victim, Hae Lee. 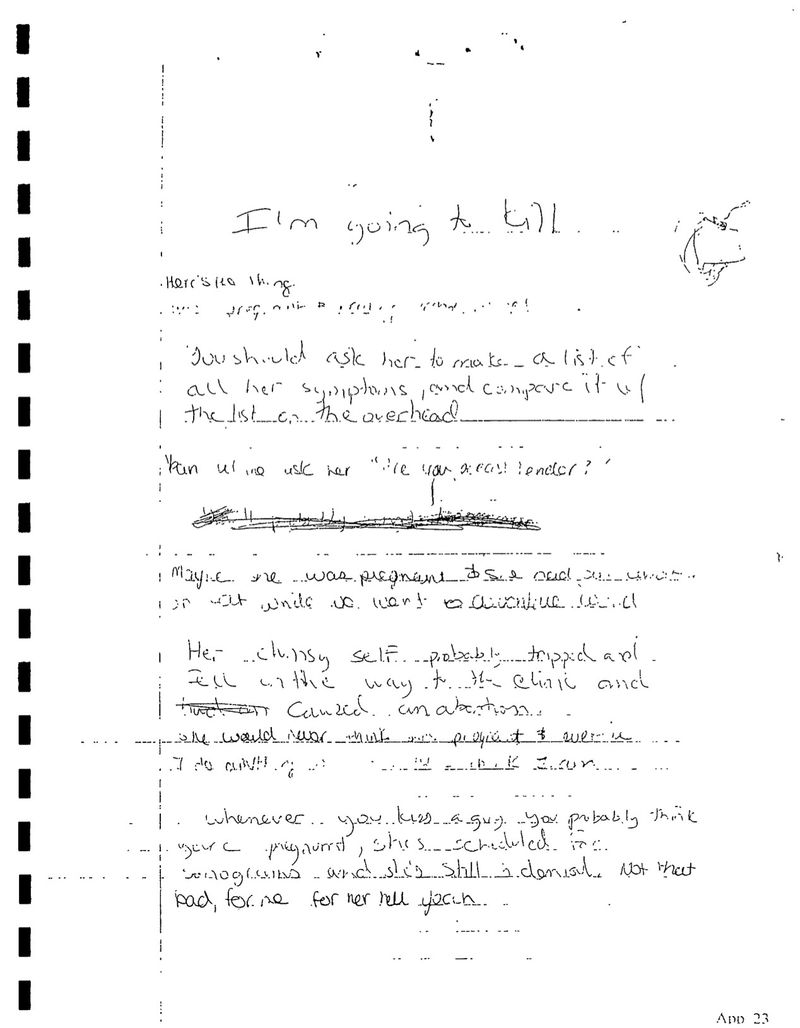 Listed below are links to weblogs that reference The Serial Podcast, Take 3: The Notes on the Back of Hae Min Lee's Letter:

What is the source for the note? Do we have proof that this is the real note?