Please welcome Jeffrey Bellin as my new co-blogger on EvidenceProf Blog. Professor Bellin is an Associate Professor at the William and Mary School of Law. Previously, Professor Bellin taught at the SMU Dedman School of Law, where he was awarded the Don M. Smart Award for Excellence in Teaching by the 2012 graduating class. 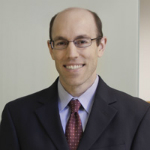 Professor Bellin served as a prosecutor with the United States Attorney’s Office in Washington, D.C. While at the U.S. Attorney’s Office, he argued a number of significant cases before the U.S. Court of Appeals for the D.C. Circuit and the D.C. Court of Appeals, including: United States v. Geraldo, 271 F.3d 1112 (D.C. Cir. 2001) and Fisher v. United States, 779 A.2d 348 (D.C. 2001). Professor Bellin subsequently practiced with the San Diego office of Latham & Watkins where he handled complex litigation matters, and served as a senior attorney for the California Courts of Appeal.

Listed below are links to weblogs that reference Please Welcome My New Co-Blogger, Jeffrey Bellin:

Welcome, Jeff (who replaced me in teaching Evidence at SMU).

Looking at Colin's picture next to yours, here's my question:
Are you two brothers who were separated at birth?? ;)

Thanks Fred! (Part of my deal involved assurances that, after this initial post, my picture will not feature prominently on the blog.)