Lessons from the Coronavirus Pandemic for Environmental Governance

The coronavirus pandemic offers lessons for leaders on every level about how—and how not— to manage complex interjurisdictional challenges, like the environment, which unfold without regard for political boundaries. 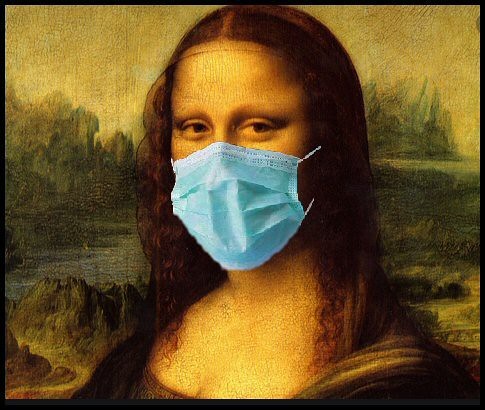 In a matter of months, Covid-19 has laid bare the interdependence of the world on every front imaginable: global public health, economic growth and development, social and professional networks, transportation and migration, and of course, ecological and environmental systems.  No single nation has the coronavirus.  No one state is economically disrupted.  There is no single ethnic group, occupation, or corner of the world that has been impacted.  All of us, in every corner of the world, in every profession, and in every ecosystem are affected.  Since the virus was introduced, it has surfed the channels of our interconnectedness until we were all united in the grip of its devastation.  Similarly, unless we can act in unison to contain it, it will continue to surf those channels, exposing our interconnectedness despite all efforts to pretend otherwise.

In this way, the virus and our response to it betrays the fundamental problem with which environmental governance has always contended in our interdependent, multijurisdictional world: we cannot do it alone.  The major environmental problems with which we wrestle—air and water pollution, biodiversity preservation, ecosystem integrity, climate stability, and all the others—are bigger than we are, and certainly bigger than any one of these jurisdictions.  No matter how skilled or well-intended, a single town, city, state, or even nation cannot effectively cope with the critical environmental challenges of our time, because they extend beyond these arbitrary political boundaries.  To accomplish our goals, we have to coordinate our efforts.

The pandemic exposes this lesson even within the boundaries of a single nation, trying to act as one.  For example, the disappointing U.S. response in the early days of the pandemic highlights the futility of a purely state or local response to an interjurisdictional problem of this magnitude.  The virus—like pollution—jumps so easily from people in one state to people in neighboring states that inconsistent local regulatory responses are doomed to failure.  If New Jersey stays in lockdown but Pennsylvania opens up, New Jersey residents will get sick.  Similarly, if Florida limits offshore oil drilling while Louisiana does not, all Gulf of Mexico coastlines are vulnerable to the next spill.

The U.S. federal government was also considerably better positioned than any individual state or city to deploy its unique array of technical expertise, fiscal resources, and legal authority in preparation for the pandemic.  For example, the national government could have invoked the Defense Production Act, which enables the President to mobilize domestic industry to produce supplies during an emergency, such as respirators, masks, test kits, and swabs.  Without centralized coordination to secure or produce these resources in advance, many states have now devolved into scrambled and unproductive competition for the woefully scarce existing resources.  These are exactly the kinds of tasks for which coordinated national capacity outperforms isolated local action.  Only the federal government could marshal necessary resources on a national scale, by means of both market force and sovereign authority—just as a nationally coordinated response to climate change is direly needed.

At the same time, the pandemic response also exposes the value of coordinated multilevel governance, and federalism in particular, for coping with complex interjurisdictional problems.  Even strong national planning for the pandemic would require localized implementation and enforcement, and more local levels of government are always better positioned to understand the constellation of geographic, demographic, economic, and cultural factors that will either facilitate or complicate implementation in each unique community.  In administering virus tests, coordinating food assistance, or delivering public education from lockdown, the state and local governments are far better positioned than the national government to deploy these kinds of expertise.  Just as they are in implementing low-carbon transportation infrastructure and stormwater pollution controls on the ground.

Most dramatically, however, the failed U.S. response to the pandemic highlights the regulatory backstop value of federalism as a system of good governance, because of the way federalism allows for simultaneous response by different levels of government in realms of jurisdictional overlap.  The Trump Administration has been widely condemned for its lack of leadership during the early pandemic, from its failure to respond to early warnings to its later abdication of responsibility for a national response plan.  The Lancet, a leading world medical journal, recently excoriated the Administration for politicizing its own public health response agency, the Center for Disease Control, further compromising the nation’s response. In its place, however, many state governors rose to the occasion, providing leadership and role modeling to fill the national void.  The checks and balances built into U.S. federalism create inefficiencies by design, which can be frustrating indeed.  But during the pandemic, citizens in those states could be grateful that it enabled someone to take the reins at a critical moment when the Commander in Chief faltered.

Alternate leadership emerged in red and blue states alike.  For example, California Governor Gavin Newsom acted quickly to institute shelter-in-place orders to mitigate the spread of virus from neighboring Washington, admirably flattening the curve in his state in comparison to other parts of the country.  Kentucky Governor Andy Beshar began offering statewide virus testing to all comers as early as April, well in advance of many other states.  New York Governor Andrew Cuomo deployed his state’s considerable economic might to commission the production of medical supplies and equipment that were needed.  Taking advantage of the same regulatory backstop feature of federalism, twenty-four state governors representing 55% of the U.S. population united to form the U.S. Climate Alliance after President Trump withdrew the United States from the Paris Climate Agreement, pledging to lead on critical climate governance initiatives abdicated by the federal government.

The pandemic response and environmental governance are both dynamic projects of policymaking and adaptation.  Reasonable minds may differ on the ideal balance between public health and economic concerns associated with the coronavirus lockdowns.  Many U.S. citizens support President Trump’s laissez faire approach, and not every resident of New York or California has been happy with their governors’ actions.  However, these leaders acted far more decisively than the President at a time where critical governance decisions had to be made, and polls confirm that the vast majorities of citizens in these states supported their choices.  The leadership that these and other state leaders have shown give Americans cause for hope that the U.S. will improve our unfolding pandemic response.  We can similarly hope that the Covid-19 experience will embolden subnational leaders to show the same vision on climate leadership and other matters of interjurisdictional environmental governance moving forward.

--Erin Ryan, Associate Dean for Environmental Programs and Elizabeth C. and Clyde W. Atkinson Professor at the Florida State University College of Law, was a Rachel Carson Center Fellow in 2019.  She has authored many works on environmental governance, including Federalism and the Tug of War Within (Oxford, 2012).

*This essay was first published by the Rachel Carson Center on Seeing the Woods, May 31, 2020