Why is the Trump Administration Opposed to Compensatory Mitigation?

The Bureau of Land Management just announced that it would no longer require compensatory mitigation for impacts to public lands.  This fits with a larger theme.  Since the early days of the Trump Administration, officials, including Interior Secretary Ryan Zinke, have made no secret of their disdain for compensatory mitigation practices.  And they have worked to undermine initiatives, like efforts to protect the sage grouse (and avoid its listing under the Endangered Species Act), that have relied heavily upon compensatory mitigation. 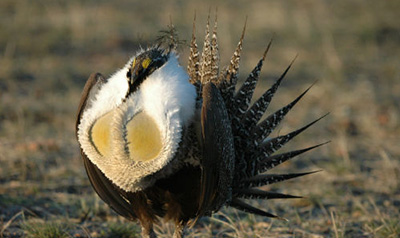 Their positions have generated a few puzzled reactions.  In some circles, compensatory mitigation is viewed as a market-friendly type of regulation, largely because it gives otherwise-prohibited projects flexibility to proceed so long as their proponents strike deals to provide protection at a other places or times (though that isn't the way today's announcement works; instead, the administration is just saying it will allow projects to proceed without asking for any compensation for unavoidable damage to public resources).  Academic analyses often describe compensatory mitigation as "neoliberal" policy, which carries the implication that at least some conservatives ought to like it.

In a recently-published essay, I try to make some sense of the administration's attitudes, and to give them some historical context.  The conclusion, in a nutshell, is that they aren't as surprising as they might initially seem.  Compensatory mitigation policy has emerged primarily from government agencies, rather than directly from businesses, and it appeals to regulators and to businesses that want to find creative compromises between businesses' needs and the goals of environmental law.  To an administration that disdains agencies and wants to tear up environmental law (and also doesn't care much for economics), there isn't as much to like.

So, unfortunately, we can probably expect to see more policies like the one emerging today.  That's too bad.  Compensatory mitigation policy is hardly perfect, but it's a lot better than letting extractive industries damage public resources without providing any compensation in return.