It could be a very long wait. For one thing, the law – the National Bioengineered Food Disclosure Standard – didn’t actually mandate a label that directly states that the food is a GE food. Rather, Congress left open the possibility that USDA allow scannable QR codes (pictured below) instead of on-package labeling as the means of disclosure. Congress charged the USDA with completing a study within one year (i.e. by July 2017) regarding whether QR codes would preclude consumer access to the disclosure (and if so, the agency shall provide “additional and comparable options to access the bioengineering disclosure.”)  As of early January, USDA didn’t have the funds to conduct the study.

The Disclosure Standard itself is supposed to be established within two years of the passage of the law. But in Trump’s administration, with its strong anti-regulatory ideology, the best guess is that forward motion will be further delayed.  On the campaign trail in Iowa Trump said he opposed efforts to require mandatory labeling of GE food.  Even though mandatory labeling is now the law of the land, it seems very unlikely that the 90% of Americans who have expressed their interest in labeling will be satisfied any time soon.

Perhaps most significantly, this federal action (and non-action) on GMO labeling has paralyzed all state labeling for the foreseeable future. The federal law was passed (with the  support of industry) just weeks after Vermont’s law went into effect that required on-package labeling.   The federal law expressly preempted Vermont’s law and other state efforts to require labeling.  Indeed preemption was the raison d’etre for the federal law.   So now, all those consumers are left without any option.  States can’t regulate because they are preempted, and the federal government won’t likely regulate because it doesn’t like regulation (despite the existence of the law).  While the courts could intervene, that possibility is still years away.

Such regulatory paralysis by preemption could become a new strategy for delaying and preventing protective regulations in the future. As some states start acting more aggressively to deal with environmental problems that the federal government is not acting on, Congress could simply pass laws that purport to regulate the matter and expressly preempt the states from doing so.  In reality, however, those laws could be so poorly written or designed (as many pro-labeling advocates argued that this law was) that they will never be effectively implemented or enforced. 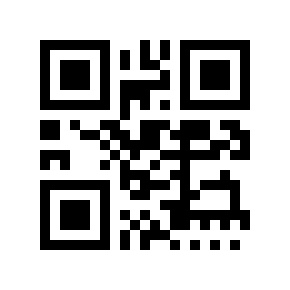