Right now, the United States’ second-most-heated environmental controversy—behind only the Clean Power Plan—involves the Clean Water Rule, which seeks to clarify the scope of federal regulatory jurisdiction under the Clean Water Act.  According to its many opponents, the rule is one big power grab.  EPA and the Army Corps of Engineers, according to the standard rhetoric, are unfurling their regulatory tentacles across the landscape like some monstrous kraken, with devastating consequences for key sectors of the American economy. 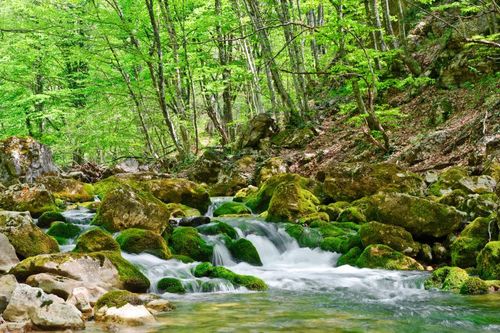 In a forthcoming article, I argue that this rhetoric is false, and that it also misses a much more interesting true story.  The Clean Water Rule is indeed part of a major regulatory transformation, which has extended and transformed regulatory protections for small streams.  But the Clean Water Rule is just a small part of that transformation.  Some of the most important events occurred earlier, in places and under presidential administrations that are not typically seen as founts of environmental progress.  A simple story of regulatory overreach (or, conversely, regulatory capture) also explains very little of what has happened.  Streams have more protection now than they did as recently as the late 1990s.  But even as regulatory agencies have extended protections, they also have found ways to accommodate regulated industries in the application of environmental law.

And why might you care?  One reason is that this story of regulatory transformation might help us see the Clean Water Rule in a different, and more positive, light.  A second reason is that small streams are very important, though many people don’t realize that fact.  There are thousands of them across the American landscape, and their contributions to water quality—and their potential to complicate plans for construction and development—are enormous.

Finally, and most importantly, this story of small streams offers a parable for the hidden history of environmental law.  Many people, including law professors, offer dark takes on the current state of environmental policymaking.  Complaints of Congressional gridlock are constant.  Courts, with some exceptions, generally seem like poor forums for advancing new theories of environmental protection.  And administrative reforms may not sound particularly enticing if one thinks, as many people do, that agencies are either myopic, empire-building over-regulators or, alternatively, industry’s captives.  But the evolving history of stream regulation suggests that environmental protection is not so gridlocked; that agencies can be, and are, engines of positive reform; and that those changes can occur in ways industries can live with.  The full story, as anyone who reads the article will quickly note, is more complicated than that simple summary; this is not just a happy tale.  But at its core, the recent history of stream regulation provides some basis for optimism.

Of course, that optimism comes with a big caveat: the litigation isn’t over yet.  In the months to come, advocates will continue trying to persuade judges that EPA and the Army Corps are out of control, and that basic principles of federalism require those agencies’ jurisdiction to be severely limited.  They may yet succeed, for the fact that a narrative is largely false does not necessarily make it unpersuasive or inconsequential.  And that would be a shame.  The real story of stream protection—if judges allow it to continue unfolding—is one of environmental law continuing, in its messy, sometimes frustrating way, the process of growing up.  And growing up, here as elsewhere, is something to celebrate, not enjoin.