How Much Difference Will the WOTUS Rule Make? 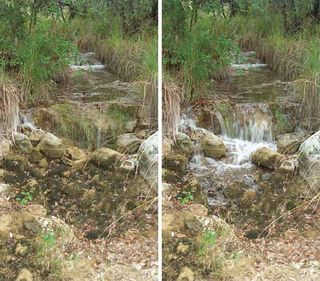 Last week, EPA and the Army Corps of Engineers released their new “Waters of the United States” rule, which is designed to clarify the jurisdictional limits of the Clean Water Act.  Well before it was released, the rule was a source of intense controversy, and that shows no signs of letting up.  To provide just one example, Congressman John Boehner released a statement charging that

The administration’s decree to unilaterally expand federal authority is a raw and tyrannical power grab that will crush jobs…. [T]he rule is being shoved down the throats of hardworking people with no input, and places landowners, small businesses, farmers, and manufacturers on the road to a regulatory and economic hell.

(And no, just to be clear, that’s not a satire of a press release.  It’s the real thing.)

But how important will this rule really be?  A lay observer could be forgiven for being confused.

On the one hand, anti-regulatory conservatives and environmental groups seem united on one, and only one, point: this is really important.

Their conventional wisdom goes something like this.  During the 1980s and 1990s, EPA and the Army Corps of Engineers started asserting Clean Water Act jurisdiction over smaller and smaller water features.  But in Solid Waste Agency of Northern Cook County v. US Army Corps of Engineers and then, later, in Rapanos v. United States, the United States Supreme Court either:

(a) undercut badly needed protections and threw the scope of Clean Water Act jurisdiction into massive confusion; or

(b) established a badly needed check on federal overreach, but did so with enough ambiguity to leave the scope of Clean Water Act jurisdiction subject to massive confusion.

Following those decisions, conventional wisdom on all sides is that the confusion has continued unabated.  And now, the new rule would either:

(b) bring back federal overreach, along with even more confusion.

But on the other hand, EPA has argued (when it isn’t itself talking about how important the rule is) that the import of the rule, positive or negative, has been badly overstated.  Many of its recent public statements have emphasized that the rule will make only very modest changes to traditional protections.

So who is right?  I think the reality is going to be at the modest change end of the spectrum.  There are a few reasons for that.  One is that EPA’s summary are quite accurate with respect to the written changes.  The other reason is that much of the new written content is consistent with established practices.

Over the course of a recent research project (discussed in more detail in my previous post), I spent a fair amount of time talking to Army Corps and, to a lesser extent, EPA staff about jurisdictional determinations under the Clean Water Act.  What I heard was at odds with some of the conventional wisdom about the new rule.  As Corps staff recount the story, assertions of jurisdiction did expand in the 80s and 90s, and SWANCC and Rapanos did establish checks.  The cases also did create confusion when they came out.  As one staff member explained:

To me, when that first, when the decision first came down, there was a lot of head-scratching and gnashing of teeth within the Corps of Engineers, because… you know, you’ve read the decision and everything, and we had to put it into guidance.  And so we came out with this JD Form guidebook, a nine-page JD form.  To me, at the end of the day, I still think we’re being fairly consistent… I think we’re still regulating what the Clean Water Act wants us to regulate and what Congress wanted.  That’s my opinion, and I think the Corps’ philosophy has always been, in most instances where I’ve seen it is, if there’s any question about jurisdiction, generally we’ve erred on the side… we’ve been conservative, and not regulated.  I know everyone reads a lot in the newspaper about how we’re going to regulate every drainage ditch on every farmer’s property.  But in my experience, most Corps districts have been pretty sensible in interpreting the regulations and knowing when we’re walking a thin line between jurisdiction and non-jurisdiction.

In other words, the agency reacted to the confusion by establishing guidance and protocols, and now things aren’t so confusing any more.  Of course, the latter part of that quote might seem consistent with the common charge, usually from environmentalists, that the Army Corps has fixed the confusion by regulating too little.  But I heard plenty of indications to the contrary.  For example, one district chief, describing her district’s practices with respect to headwater streams (natural features, not artificial drainage ditches), told me:

Even in Clean Water Act guidance that they’re proposing to make… you know, what’s jurisdictional, to us, it’s not changing what we do here very much.  You read all this stuff in the paper like, “Oh my gosh!  Y’all are taking everything now!”  Well, we already were taking everything here in this district, practically.

And is the Army Corps providing consistency in those determinations?  This particular chief thought her district might be a bit of an outlier, at least compared to districts where larger wetlands and waterways are abundant.  But the general answer to my are-your-JDs-consistent questions was an emphatic yes, with the caveat that aquatic resources themselves are quite different across the country.  Indeed, my sense, often, was that people were a little bit annoyed that I would even ask, and at the whole debate surrounding the new rule.  As one regulatory district chief explained:

With ephemeral headwater streams, I think that’s one of the biggest issues that we have as far as a perception of different implementation.  If you ask the question “how do you determine headwater determination for ephemeral channels?” and you may get a couple sentences of narrative of what may be perceived as different, but when you’re in the field together everyone stops at the same point.   I often find that it’s confusing and frustrating when you’re talking and you’re not in the field.  So I think we’re actually closer than we think we are.  It’s when you’re sitting an office and looking at a picture or just talking about things.  And one district may have something in mind of what they thing an ephemeral stream is and you know we have something different in mind and ultimately I think when we’re in the field and not labeling things our calls are the same.

Not everyone agreed with this view.  One EPA staff member, for example, said (after offering several caveats about the Corps’ professionalism and his respect for the agency) that he thought jurisdiction was asserted more broadly, particularly with ephemeral streams and seasonal wetlands, along the coasts than in the interior of the country.  And a few Corps staff did say they would expect some differences from place to place.  But the majority view seemed to be that the new rule would really just provide greater clarity about what already is present and consistent practice.

So what does that mean for the new rule?  I think it matters, because providing clarity is hardly ever a bad thing.  And there are likely to be a few places where it leads to greater protection of headwater streams.  But on the whole, the new rule matters less than the public reaction might lead one to believe.