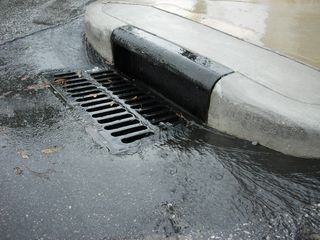 For years, urban stormwater runoff has been one of the United States’ greatest unsolved water quality challenges.  Urban runoff is second only to agricultural runoff as a source of water quality impairment, and on a per-acre basis, urban development is generally more damaging to water quality than agricultural use.  But EPA has struggled to regulate urban stormwater runoff.  For years, EPA barely regulated urban stormwater runoff at all.  The 1987 Clean Water Act amendments compelled EPA to act, but even today, many point sources of urban stormwater runoff escape coverage under the National Pollutant Discharge Elimination System.  The gaps are particularly salient for areas that are highly developed but lightly populated (shopping malls, for example).  These areas generate a lot of polluted runoff, but they generally aren’t industrial and therefore escape coverage under the industrial program.  They also often lack sufficient population to be included in the municipal permitting program (which covers census tracts based on their population density).  Those gaps—and the weak coverage of the many sources that are subject to permitting—have real costs.  Water quality impairment now is a pervasive feature of our urban and suburban landscapes.

Several years ago, the Conservation Law Foundation (one of the organizations that filed yesterday’s petitions) discovered a potential legal remedy for this issue.  Buried in the depths of Clean Water Act section 402 is a provision requiring EPA (or a state with delegated permitting authority) to require permits for any stormwater discharge that EPA or the state administrator determines “contributes to a violation of a water quality standard or is a significant contributor of pollutants to waters of the United States.”  For years, no one had paid any attention to that provision; one industry lawyer later referred to it as “the sleeping giant.”  But CLF filed RDA petitions in Vermont, Massachusetts, and Maine.  Each petition led to major expansions—albeit over relatively small geographic areas—in the scope of Clean Water Act permitting coverage.

A few images illustrate the impact of the change.  The three images below show the Long Creek watershed in Maine. 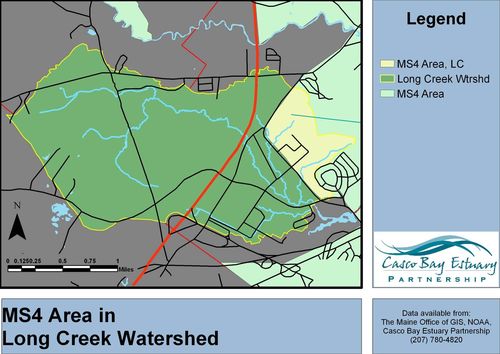 This first image at the top shows the extent of permit coverage under EPA’s municipal program. As you can see, most of the watershed is not included, despite a high level of commercial development. 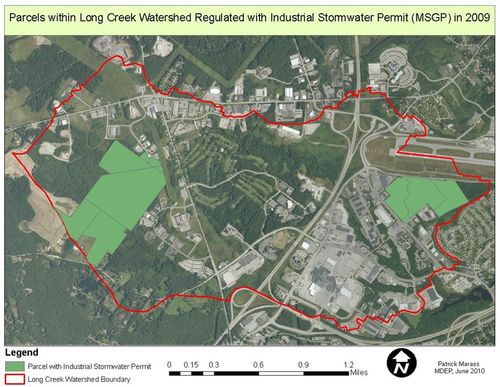 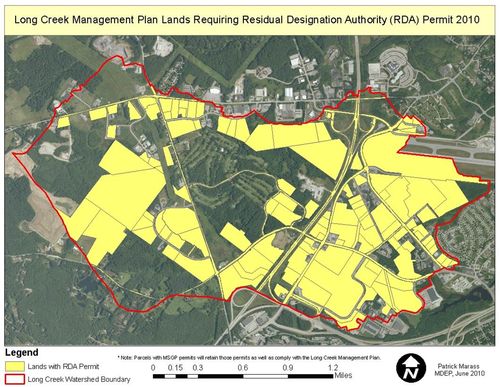 This third image shows the extent of Clean Water Act permitting coverage after EPA granted CLF’s petition (since the figure was created, the extent of permit coverage has expanded slightly).  For the Long Creek watershed, this was a transformative regulatory change.

And that’s what makes yesterday’s filing so important.  The environmental groups aren’t just asking for this regulatory change in a few small, test-case watersheds.  They’re asking for the change across huge swaths of the country.  In terms of the potential scale of impact, the closest recent analogy is the Decker v. Northwest Environmental Defense Center case, which seemed poised—until the Supreme Court granted cert and then reversed the Ninth Circuit—to expand Clean Water Act permitting requirements across much of the forestry sector.  I’d argue that these petitions call for an even more ambitious effort, and that they probably address an even larger water quality problem.

There’s much more that could be said about these petitions, but I’ll stop there for now.  Readers interested in learning more about these issues might be interested in the articles here and here, both of which discuss Long Creek and RDA in more depth.  The website of the Long Creek Restoration Project, which documents some of the innovative work that continues to take place in that watershed, is here.  And for an older post explaining why urban stormwater issues are more important and interesting than most environmental lawyers realize, see here.  And stay tuned.  This is an issue worth following.

Listed below are links to weblogs that reference The Residual Designation Authority Bombshell: