On Friday, Judge Ralph Beistline (U.S. District Court, Alaska) released an order setting aside the Fish and Wildlife Service’s critical habitat designation for the polar bear.  This is a pretty big deal.  The polar bear designation was the most extensive in ESA history, and also one of the most controversial. 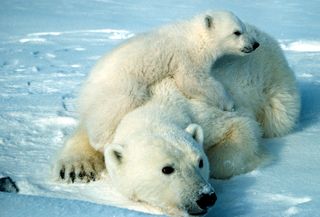 Despite the outcome, most of Judge Beistline’s opinion is devoted to rejecting the arguments a coalition of plaintiffs had raised against the designation.  In my opinion, all of the opinion should have been devoted to that purpose.  On the issues where the plaintiffs prevailed, there are key elements of the court’s reasoning that I find a little difficult to understand.

Evidence Supporting the Designation.  The court’s first reason for setting the designation aside was a finding that FWS failed to comply with 16 U.S.C. section 1532(5)(a)(1).  That section defines critical habitat as “the specific areas within the geographical area occupied by the species… on which are found those physical or biological features (I) essential to the conservation of the species and (II) which may require special management considerations or protection.”  In ESA shorthand, those physical or biological features are referred to as “primary constituent elements,” or PCEs.  Judge Beistline’s conclusion was that FWS had failed to demonstrate that the requisite PCEs were present in all the areas designated.  That conclusion covered habitat unit 2, which contained terrestrial denning habitat, and unit 3, which contained offshore barrier islands.

On denning habitat, the court’s reasoning contains a highly questionable step.  The four PCEs listed were suitable den sites, access to the coast, access from the coast to sea ice, and locations with a minimum of human interference.  The court conceded that FWS had demonstrated, based on a USGS study showing locations of polar bear dens, the presence of many denning sites.  But it concluded that such sites only occupied a small percentage of the designated area, and therefore were not, on their own, a sufficient basis for designating the entirety of unit 2.  And it found that “evidence is entirely lacking in support for the second and fourth features outlined by the Service”—specifically, access routes from the coast to the den sites and areas relatively free of human activity.  With respect to PCE 2, this conclusion seems odd.  The denning sites themselves provide compelling evidence that the area allows access to the coast, for polar bears are marine animals, and they had to get to their dens somehow.  And unless their access route involved surreptitious airlifts, they had to get to their dens by passing through unit 2.

On the third key feature, the court’s reasoning is equally puzzling.  Here’s the crux of it:

Even the support for the third feature is tenuous and in need of clarification: “The common feature[]    in many of the dens in these areas w[as] the presence of sea ice within 16 km (10 mi) of the coast . . . .” The Service and the record fail to explain which dens are within ten miles of the coast and how close to the coast are the dens not within ten miles.

(Footnote omitted; emphasis in original)  What, exactly, does the alleged gap in explanation have to do with the PCE in question?  FWS’s point was for an area to be suitable for polar bear denning, polar bears have to be able to get to sea ice without swimming too far from the coast.  It did not say the dens had to be within ten miles of the coast.  So the allegedly missing evidence was irrelevant to the question at issue.

The court then turned to barrier islands, and here as well the reasoning is confusing.  Again, the court’s primary objection was that the services did not provide enough specificity when designating habitat.  “The Service does not explain,” the court wrote, “where on the islands and associated spits the polar bears move to access den sites and preferred feeding habits.”  That demand might make sense if polar bears had narrow ranges.  But they don’t; polar bears are remarkable travelers and barrier islands are hardly ever all that big.

(This, of course, is not a problem unique to polar bears, though it is particularly salient with them.  Potentially regulated entities would always prefer small and precise critical habitat designations, but for species that travel long distances (think salmon) and have a tendency to wander, small designations make no biological sense, and the services do not have sufficient time or information for fine-grained precision.)

Responding to Alaska.  The court’s final objection also seems a bit bizarre.  According to the court, FWS failed to comply with ESA section 1533(i), which requires that FWS send a written response to a state agency when FWS issues a regulation inconsistent with that state agency’s comments or petition.  Here, FWS clearly did provide written comments responding to the state of Alaska, but it made (according to the court) two mistakes: it sent the letter to the governor, not the Alaska Department of Fish and Game, which had sent the comments, and it included some of its responsive points in the final rulemaking document rather than the letter.

The former error, to be fair, might represent non-compliance with the literal language of the rule.  But the notion that somehow ADF&G wouldn’t have found out about the letter to Governor Parnell—both were actively involved in lobbying FWS—is just plain silly.  If ever there were a case of harmless error, this would be it.  And the latter argument finds no traction anywhere in the statutory text.  The entire statutory section in question says the following (and the regulations just parrot the statute):

Final rules are written.  The court did not dispute FWS’s claim that the final rulemaking document contained a response to Alaska’s objections.  So where exactly is the violation?  Perhaps it is the failure to submit that justification to the state directly, but that, again, seems like a prime candidate for a harmless error argument.  Alaska’s lawyers surely were poring over every line of that final rule, and the suggestion that they were somehow harmed by the failure to respond to their every objection in a separate letter again is hard to credit.  In the court’s view, there seems to have been something wrong with providing that response concurrently with the final rule, rather than after, but again neither the statutory language nor common sense provides any basis for drawing that distinction.

In its current form, the critical habitat designation presents a disconnect between the twin goals of protecting a cherished resource and allowing for growth and much needed economic development. The current designation went too far and was too extensive.

Consider, for a moment, the second sentence.  To this point, all the court had purported to find was that the agency hadn’t adequately supported its designation and hadn’t followed the correct procedure.  The proper closing statement, if those conclusions were correct, would be that the agency needs to reconsider the evidence, and perhaps also gather additional evidence, and make a new decision, not that it needs to designate a smaller area.  In demanding that smaller designation, the court usurped the agency role.  But perhaps, if that statement captures the court’s core concern with the designation, usurping the agency’s authority was what the court working toward all along, and its more specific holdings were just means to that end.

Listed below are links to weblogs that reference The Polar Bear Critical Habitat Decision: