Share
﻿﻿Last week, a federal district court in Virginia decided an urban stormwater case that may ultimately have far more significance than the Supreme Court’s more widely-watched decision in Los Angeles County Flood Control District v. Natural Resources Defense Council.  The case is Virginia Department of Transportation v. U.S. Environmental Protection Agency, and it involves a challenge to a proxy TMDL for Accotink Creek, a Potomac River tributary in northern Virginia.  On its face, that statement may not sound particularly intriguing or important, but it is, and a little background is in order. 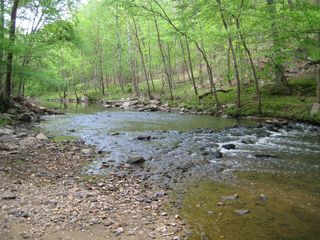 Section 303 of the Clean Water Act requires states to identify waterways that do not meet water quality standards, and to develop “total maximum daily loads,” or TMDLS, for those waterways.  In essence, TMDLs are pollution budgets.  They usually identify which pollutants are causing impairment, and they then specify how much of a “load” of each offending pollutant the waterway could handle without being impaired.  What happens next is largely up to the states.  While EPA must step in to prepare a TMDL if the state fails to do so, states have broad discretion to decide whether and how to translate the TMDL into controls on individual sources.

The Accotink Creek TMDL used an innovative approach.  A traditional TMDL would specify a daily load for each offending pollutant, and would express that load as a mass.  For waterways impaired by urban stormwater runoff, however, that traditional approach doesn’t work very well, largely because saying exactly how much mass of each pollutant a waterway can accommodate each day is often quite difficult.  Watershed scientists often have a much better sense of how much stormwater runoff a waterway can accommodate without being impaired, or even how much impervious cover in a watershed will trigger impairment.  Consequently, the Accotink TMDL and several recent TMDLs developed in other states have used proxy measures of pollutant loading.  For Accotink Creek, the proxy was the volume of stormwater runoff, and several TMDLs in Vermont have used similar approaches.  In Maine and Connecticut, the proxy of choice has been impervious cover.

For scientific and policy reasons, this proxy approach makes sense (for more detailed discussion of these issues, see here).  Scientifically, proxy TMDLs are often more defensible than traditional TMDLs.  On the policy front, they focus attention on things that civil engineers and planners are accustomed to thinking about.  A TMDL that specifies an allowable mass of particular pollutants may not mean much to the civil engineers who plan infrastructure or to the planners who guide development.  But those engineers are accustomed to thinking about stormwater runoff volume because that volume is directly connected to flooding, and planners are equally accustomed to thinking of spatial features like impervious cover.  A proxy TMDL therefore expresses its pollution budget in terms local governments can actually work with.  (Of course, that may be exactly what Fairfax County and the Virginia Attorney General’s office didn’t like about this TMDL; they may have preferred something more opaque and inconsequential.)

But there’s a potential legal problem.  Clean Water Act section 303 requires that TMDLs identify a daily load for each individual pollutant.  Stormwater carries pollutants, but it doesn’t itself meet the Clean Water Act’s definition of “pollutant.”  And impervious cover clearly is not a pollutant, though again it generates and conveys pollutants in great quantities.  Consequently, proxy TMDLs have always occupied a zone of legal uncertainty.

In Virginia Department of Transportation, that uncertainty came to a head.  In an opinion that seems to exude disdain for EPA’s efforts (EPA was the defendant because it had drafted the TMDL after Virginia failed to do so), the court held that the Clean Water Act unambiguously precluded EPA’s proxy approach.  Piling on, it added that even if the statute were unclear, EPA’s interpretation would be unreasonable, for it would expand the scope of EPA’s regulatory efforts.  Under the court’s reasoning, almost any proxy TMDL would appear to be invalid.

The lasting impacts of the court’s decision are hard to predict.  I think EPA’s arguments were much stronger than the court acknowledged, particularly because the Accotink Creek TMDL really just used stormwater runoff as the measure of loading for a particular offending pollutant (sediment).  That’s different, and in my view more clearly defensible, than using stormwater runoff as a proxy for a range of stressors, some of which might not meet the Clean Water Act’s definition of “pollutants.” And even for that latter type of TMDL, I think EPA or a state would have strong defenses.   On appeal, if there is an appeal, those defenses may yet prevail.  And, of course, even if it stands, a federal district court decision has only limited reach unless other courts or EPA adopt its reasoning.

Nevertheless, the decision highlights a problem with the Clean Water Act.  In a more reasonable world, there would be no legal question about these proxy TMDLs.  They’re a very sensible response to a very challenging problem.  And so, someday when constructive amendments to federal environmental laws are again a possibility, adjusting Clean Water Act section 303(d) to allow TMDL writers a little more flexibility would make quite a lot of sense.

Image from the website of the Friends of Accotink Creek, at http://www.accotink.org/DMMainStem14WalkMay08.htm.

Listed below are links to weblogs that reference An Important Stormwater Case (and it's not the one you're thinking of):

Jamie - That's an interesting point, and I think you're probably right.

I think this is a significant decision too. I wonder what the thinking is for this decision's applicability to states that use proxies in their TMDLs. It could be applicable. So, carrying that out, I'm not sure I agree that the Step 2 discussion was "piling on." The opinion seems carefully structured to make this a Brand X agency-binding precedent in the Step 1 discussion. The Step 2 discussion, thus, might serve a different purpose. For some states (which lack legislative authorizations to regulate more broadly than is required by CWA Section 303), the 'O'Grady Theory of 303' could potentially stop them from using proxies to do their 303 work as well. No?