What India Thinks about Climate Change

I had been wondering what ordinary people in India think about climate change. So last week on my ride home from the office, I asked my auto-rickshaw driver. He was a talkative guy, bearded, with black spectacles and a navy blue turban. He had been keen on identifying for me the many troubles a man like him endures on the subcontinent. “Too many people!” he shouted, his voice competing with the cab’s rattling frame and the bleats of oncoming horns. “Too much traffic!” 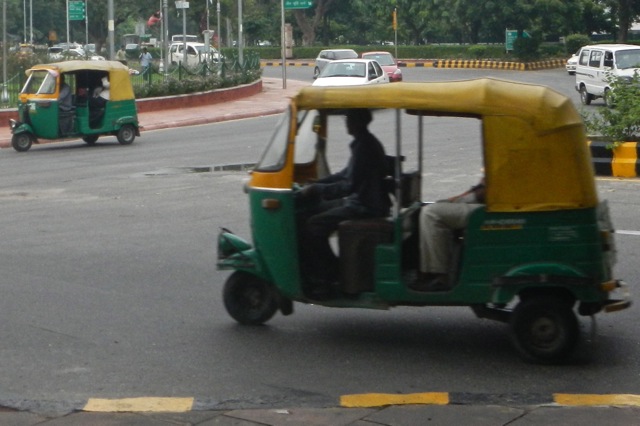 We swung around a landscaped rotary. I gripped my seat. A copse of date palms swerved by, and then a billboard: “Enrich Delhi’s Green Legacy.” I took the bait. “So what do think about global warming?” I shouted. We slowed to a stop behind a row of cars and two-wheelers waiting at the light. He cut the motor. A small boy pranced into the stalled traffic and began turning cartwheels in hopes of a small remuneration. “Yes, I know about that,” the driver said. “Too much warming. Too much heat.” “But do you worry about it?” “Me—no.” He fired the engine and frowned slightly. “You know, India has too much noise!” he shouted. “And too many dogs! Too many everything.”

I continue to grill my Indian acquaintances on climate change, but I’ve now found a more scientific source of information. The Yale Project on Climate Change Communication released a report last month, “Climate Change in the Indian Mind,” that takes a broad look at climate change awareness and attitudes in modern India. Based on a survey of 4,035 Indians—both urban and rural, from a range of income and education levels—the report presents an encouraging view of the world’s biggest and most perplexing environmental challenge in the world’s biggest and most perplexing representative democracy.

Like the rickshaw wallah in Delhi, most Indians are aware of changing trends in the climate. According to the report:

(Compare that to public opinion the United States. According to a recent Gallup poll, only 52% of Americans say the effects of climate change are now occurring. But ask about the cause, and one finds numbers similar to those in India: 53% percent of Americans, according to Gallup, attribute global warming to human activity.)

But, unlike the rickshaw wallah, most Indians are worried enough about global warming that they want their government to address the problem.

Here’s another excerpt from the report’s “Highlights”:

• Millions of Indians are observing changes in their local rainfall, temperatures, and weather, report more frequent droughts and floods, and a more unpredictable monsoon. A majority of respondents said their own household’s drinking water and food supply, health, and income are vulnerable to a severe drought or flood and that it would take them months to years to recover.

• Majorities favored a variety of policies to waste less fuel, water, and energy, even if this increased costs.

This glimpse into Indian minds must come with caveats. Like any survey, it captures only a moment in time. Plus, it’s easier to favor conservation policies when you don’t know exactly who would bear the cost. Even with a firm public commitment to action, the translation from public will to government policy is notoriously complicated in India. (Or, for that matter, in the United States.)

But the survey offers a ray of hope. India’s ambition of becoming a true global power will depend on its ability to harness green energy and cope with higher temperatures, bigger rains, and longer droughts. In a general way, Indians know this. But ambition means nothing without political leadership. And that is one thing in India that is not in oversupply.

Listed below are links to weblogs that reference What India Thinks about Climate Change :