The Good and the Bad in the BP Settlement, and the Main Course Still Ahead 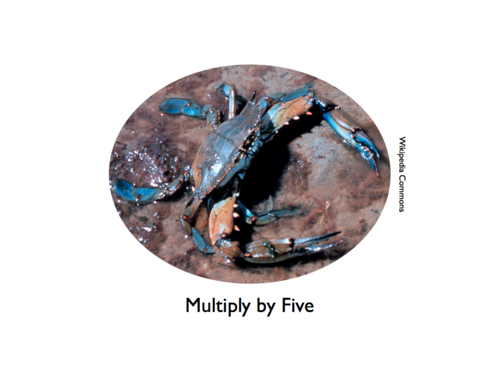 I spent last Friday--the second anniversary of the BP Blowout--in the vast basement of the Orleans Parish Criminal District Court building, shifting in my metal chair, ignoring the talk-show chatter from the flat screens, and keeping an eye on the red digit counter to know when my number was up.

I'd been called for jury duty.

Whether I will eventually be deployed is up to the gods, but until then I have resolved to study (with the help of this building's creaking Wi-Fi system) all 2,000 pages of the proposed multibillion-dollar settlement in the Deepwater Horizon case--the settlement made public last week by BP and thousands of Gulf Coast residents and businesses. (I blogged earlier when the broad outline of this settlement was first announced here.)

Now some of you may wish to savor the details, poring over the documents page-by-page between sips of Courvoisier. But for the rest, I've got the bottom line [SPOILER ALERT]: The proposed settlement rewards plaintiffs' hard bargaining, puts a crimp in federal and state hopes for a speedy trial, and demonstrates once again that despite the size of this deal, the main course is yet to come, in the form of federal civil fines and possible criminal prosecution.

The documents propose a class-action structure, in which private plaintiffs would be compensated for economic harm and health claims by way of a settlement fund. The fund would replace the one that began as Ken Feinberg's Gulf Coast Claims Facility, but would be administered by the court rather than BP. Payouts under the new fund could begin within weeks, following Judge Barbier’s preliminary approval of the plan.

Settlement claims are divided into those for economic loss and medical harm.  It is the package for economic loss that offers the most sparkling feature: a Risk Transfer Premium or "RTP." The RTP is a kind of bonus, based on an agreed-upon "multiplier." It's meant to compensate plaintiffs for future uncertainty or for less concrete losses that are hard to monetize.  So if you are the captain of a crabbing boat who can show $20,000 of lost earnings, you will get compensation in that amount plus a premium of $100,000--the $20,000 loss multiplied by the RTP multiplier for crab boat captains, which is 5. The multiplier varies by category. For coastal property owners, the multiplier is 2.5. For star-crossed oystermen, it is 8.75. I was especially pleased to find that subsistence fishers had secured an RTP multiplier (2.25) to compensate for non-monetized cultural losses, in addition to the multiplier for the economic value of the fish. In Louisiana and Mississippi, Vietnamese-American fishers often use self-caught fish as ceremonial gifts or as objects of community barter. Perhaps in exchange for RTPs, plaintiffs agreed to a total cap on seafood claims of $2.3 billion. All other claims are uncapped.

As for medical claims, any claimant who worked or lived on the coast may receive up to $60,700 for some specific ailments (but not many others), with the right to sue for medical harms that are identified in the future. Class members are also guaranteed 21 years of free medical monitoring.

The promise of quick payouts, combined with the RTP, gives plaintiffs compelling reasons to consider it. Surely, plaintiffs' lawyers will like it: BP has agreed not to object when they press the court for $600 million in fees (which would be paid in addition to plaintiffs' award). I suspect even BP is relieved to get this confusion of high-stakes claims out of the way.

Lost Hope for a Speedy Trial?

I envision federal and state lawyers, somewhere in Swampville, gritting their teeth over what appears the smallest of details. As part of the plan, BP has suggested the trial containing the state and federal claims be postponed all the way until November of this year. Ostensibly, that's because final approval of this settlement could not happen before then. But the timing all but ensures that the meatiest part of the trial--as well as last-minute settlement negotiations with the federal government--would occur half-a-year from now, when public concern has dissipated and a presidential election has just taken place, possibly putting a Republican in charge of the Justice Department next year. It will be up to Judge Barbier to decide that schedule, but right now the government lawyers must be steaming.

When that trial does happen, or when the federal and state claims settle, remember that those claims lie at the heart of this dispute. The partial settlement, valued at around $8 billion, is unquestionably one of the largest settlements in American history. But the remaining federal and state civil claims could eclipse that by many times. And it is possible that criminal penalties could add tens of billions of dollars more to BP’s bill. (See my itemizations here.)

Is their number up? Today, not by a long shot.  But we’ll see.

Listed below are links to weblogs that reference The Good and the Bad in the BP Settlement, and the Main Course Still Ahead: