Potential Supreme Court Case on Forests and Water: Is a CWA Permit Required for Stormwater on Forest Roads? 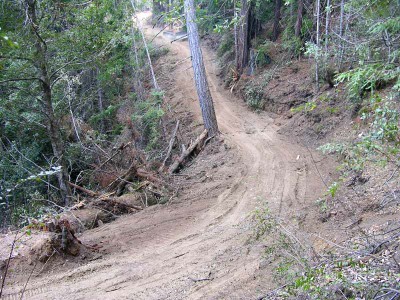 In the recent (2011) case of Northwest Environmental Defense Center v. Brown (640 F.3d 1063) environmental groups brought a claim against the state of Oregon and various timber companies for alleged violation of the Clean Water Act. The groups claimed that it was a violation of the CWA for parties not to obtain NPDES permits from the EPA for stormwater discharged from logging roads through a system of ditches and culverts and into streams and rivers - claiming that such ditches and culverts are "point sources" under the CWA. Stormwater, of course, carries a great deal of sediment into waterways, resulting in eutrophication ("dead zones" and hypoxia) that robs organisms of oxygen, interferes with fish feeding and reproduction, destroys aquatic habitat, and leading to a variety of other problems.

Defendants claimed that they were exempt from such permits under the "Silvicultural Rule." Congress had previously explicitly exempted certain agricultural discharges from CWA permitting through statutory amendment. The Silvicultural Rule, however, was promulgated by the EPA in its own discretion. The first iteration of the Silvicultural Rule was struck down by the D.C. Circuit, the court finding that the EPA did not have the authority to make categorical exemptions of point source discharges.

Rather than distinguishing runoff which was discretely conveyed and subject to CWA permitting (point source) versus runoff that was not discretely conveyed and clearly not covered by the CWA (nonpoint runoff), the second iteration of the Silvicultural Rule drew a distinction between natural runoff and "controlled water used by a person" (640 F.3d at 1078) and therefore "treat[ed] all natural runoff as nonpoint pollution, even if channeled and discharged through a discernible, confined and discrete conveyance." (640 F.3d at 1076). As a result, in NEDC v. Brown the 9th Circuit Court of Appeals held that "the Silvicultural Rule does not exempt from the definition of point source discharge under § 512(14) stormwater runoff from logging roads that is collected and channeled in a system of ditches, culverts, and conduits before being discharged into streams and rivers." (640 F.3d at 1080). The court further found that the 1987 amendments to the CWA dealing with stormwater, and not explicitly disturbing the Silvicultural Rule, did not mean Congress acquiesced to EPA's regulation, finding that "there is no indication that Congress was aware of the Silvicultural Rule when it adopted the 1987 amendments." (640 F.3d at 1081). In closing, the court noted that "in cases where Congress has not provided statutory exemptions from the definition of point source, federal courts have invalidated EPA regulations that categorically exempt discharges included in the definition of point source discharge contained in § 502(14). The most directly relevant example is . . . the D.C. Circuit's invalidat[ion of] the original version of the Silvicultural Rule which had exempted all discharges from silvicultural activities." (640 F.3d at 1086).

Cert in the case has been filed, and a variety of amici have been filed, including 26 states who filed a joint brief supporting review of the Ninth Circuit's decision (Arkansas, Alabama, Alaska, Florida, Georgia, Idaho, Kansas, Kentucky, Louisiana, Maine, Mississippi, Missouri, Montana, New Hampshire, New Mexico, Michigan, Ohio, Oklahoma, Pennsylvania, South Carolina, South Dakota, Tennessee, Utah, Virginia, Washington, Wyoming). These states are in part basing their opposition on the long-held view that state governments have traditionally maintained sole authority to decide matters of forest management regulation. Cert has yet to be granted or denied, but the U.S. Supreme Court has issued an order asking the Solicitor General for the views of the federal government on the matter.

This will be an interesting case to follow, as it has a great number of implications for forest operations on both public and private lands. The federal government may argue it would be overwhelmed with NPDES permit applications, while many states and private forest companies and owners are set on dealing with the issue of stormwater runoff (or not dealing with the issue) through their traditional Best Management Practices approach (many of which - especially in the southeastern U.S. - are completely voluntary). On the other hand, eutrophication of our waterways is a serious problem, and agricultural and industrial operations that take place as far away as Minnesota have deleterious impacts on resources as far away as the Gulf of Mexico, as fertilizer and sediments create dead zones the size of the state of New Jersey.

If the Supreme Court grants cert and overturns the decision, it will be a victory not only for government regulators who would like to see the EPA be able to exercise a greater degree of flexibility in CWA permitting on federal forestlands, but also for those who believe state and private forest management is the sole constitutional purview of state and local governments, as has been the traditional view. Because the federal government has never passed statutes aimed directly at subnational forest management - forests being one of the last resources the feds have yet to attempt any direct control over - the federal government has relied on indirect statutes in the form of the CWA and ESA to impact forest activities on a limited basis. This case, however, has the potential to provide a fairly substantial indirect involvement of the federal government in subnational forest management activities, because while the chances of an endangered species being present within one's forest may be rare, all forests have runoff from forest roads, and much of that water is indeed "discretely conveyed." So, I for one am really interested to see the outcome of this series of cases. Stay tuned.

Listed below are links to weblogs that reference Potential Supreme Court Case on Forests and Water: Is a CWA Permit Required for Stormwater on Forest Roads?: