Ok, not really. But, let's take the following exchange... 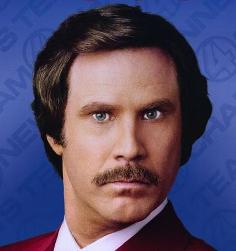 Brian Fantana: I think I was in love once.

Ron Burgundy: Really? What was her name?

Ron Burgundy: That's not a good start, but keep going...

....and put it in the environmental context...

Brian Fantana: I grew up in a bucolic little town in Colorado.

Ron Burgundy: Really? What is it's name?

Ron Burgundy: That's not a good start, but keep going...

I had this strange thought as I passed a sign last week that seemed to indicate an exit for a town called Phosphate, Montana (though after a thorough review of Google Maps, I believe it merely demarks a 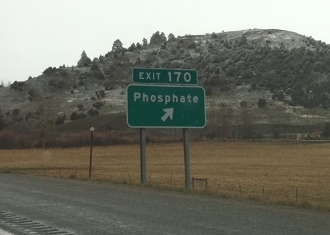 Of course, just west of this location is a town called Mineral, Montana, and a bit further north is Arsenic Creek in Augusta, Montana. And I had just driven through Smelterville, Idaho before entering Montana. Then there is Nitrate City, Alabama, Zinc, Arkansas and Molybdenum Mountain in Alaska.  One also has the option to drive down Uranium Drive in Lewistown, Montana or Asbestos Road in Cleveland, Georgia.

It is apparent that these locations are so connected with past land use activities - even activities damaging to both the environment and human health - that the descripters of those activities live on.

Particularly interesting is the prospective and retrospective view of the federal/state balance of authority in addressing the ills brought on by mineral mining and other types of contamination associated with land uses.  Much of this contamination is due to land use decisions that are the constitutional purview of state and local governments.  In other words, state government land use laws are responsible for there being, even today, a thick layer of phosphorus on the bottom of Lake Apopka in Florida, a location where I recently fished.  Yet cleanup of these sites, after contamination has occured, is the responsibility of the federal government.

The Upper Clark Fork River in Montana is the largest Superfund site in the United States, and includes an area stretching from Butte to Anaconda to Missoula, Montana. The mining and smelting activity in Butte 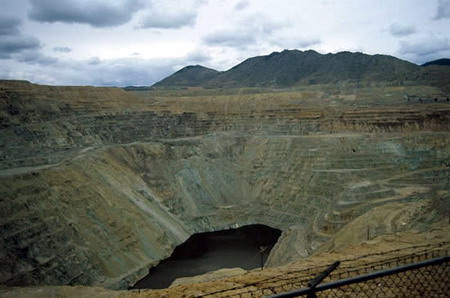 resulted in significant contamination of the Butte Hill (pictured right), and contaminated land for a stretch of 120 miles.

One might say these activities, and the subsequent codification of these activities in the names of towns and roads, are from a time before we knew the ills of land use driven contamination. Yet land use activities associated with agriculture, for example, remain regulated (or not regulated) almost solely by state and local governments, and are channeling copious amounts of nitrates and phosphates into the streams and rivers of the Mississippi River basin.  This basin drains 40% of the U.S. land base. In the aggregate, this runoff contributes to a variety of ills, even dead zones in the gulf - the actions of a farmer in Minnesota affects the fishing operations of a Louisiana fisherman.

Ultimately, it would be far more efficient to have greater inputs representing the interests of the nation as a whole into decisions which pollute our environment, rather than national taxpayers later paying to cleanup sites contaminated due to the apathy of local authorities. These inputs do not have to be prescriptive, though that may be one approach, but can be horizontal between state and local governments or bilateral with cooperative federalism or incentives provided by the federal government.

In the end, Clearwater, Florida, Clearlake, California, and Greenville, Alabama sound like far more appealing destinations than Leadville, Colorado or Arsenic Creek in Montana.  Perhaps going forward the former names will be the descripters of choice for the natural environment that makes up our towns, streams and mountains. That would be, as Ron Burgandy would say, a "great story. Compelling, and rich."

Listed below are links to weblogs that reference Ron Burgundy on Land-use-driven Contamination: