Rocking On Regardless of Age!

Here's an inspiration for you. Whether you are a big band aficionado, love swing, rock 'n roll, metal, classical, rap, or something else, your appreciation of music has no age limit.  This story made me happy! 2 elderly men sneak out of nursing home to attend heavy metal festival covers the story.

You're never too old to rock on. Two elderly men managed to slip away from their nursing home in Germany to attend the Wacken Open Air, the largest heavy metal festival in the world, over the weekend, authorities said.

According to Itzehoe police, the pair was eventually found Friday at 3 a.m. local time at the festival after their retirement home in Dithmarscher reported them missing. Police told the Deutsche Welle the men were found "disorientated and dazed."

The metalheads were apparently reluctant to leave the four-day festival in Wacken. They had to be escorted home with a taxi and a patrol car as a "precaution," police said.

Of course, safety is an issue.  I don't mean to make light of what might have happened. But dudes, rock on!  (P.S. One of my colleagues who is a big music fan offered to represent them for free if they need lawyers).

AARP's Livable Communities newsletter had 2 articles of interest regarding housing and elders.  The first, Rethinking Student Housing focuses on several projects  along the lines of an artist-in-residence program, where music students get free housing in an elder housing community in return for performances as well as "helping with errands and socializing with ...  neighbors."  The second article, Rethinking What Makes a Great Roommate, focuses on a project that melds two issues: lack of affordable housing and elders who want to stay in their homes but need income. This project,  "Nesterly, a website that connects older people who have rooms to spare with young and lower income people seeking medium-term affordable housing. "Homeshare with another generation: The easy, safe way to rent a room," states the site's homepage. "  There is a small fee to use the service, which checks out the potential renters.  The two parties come to agreement on the terms and price.

Pop Culture in Your Classroom?

Professor Cynthia Bond at John Marshall Law is doing a survey on how law profs use pop culture in their classrooms. Here is her email providing more info and requesting responses to her survey:

I am working on an article this summer on uses of popular culture in the law school classroom.  I am defining popular culture broadly to include mass culture texts like movies, TV shows, popular music, images which circulate on the internet, etc, and also any current events that you may reference in the classroom which are not purely legal in nature (i.e. not simply a recent court decision).

To support this article, I am doing a rather unscientific survey to get a sense of what law professors are doing in this area.  If you are a law professor and you use popular culture in your class, I would be most grateful if you could answer this quick, anonymous survey I have put together:

Thanks in advance for your time and have a wonderful rest of summer! Willie Nelson turns 82 in April, 2015.  Trigger -- that's his guitar -- has been with him since 1969.  For some fun reading about their five decades on the road together, here's the story, from Rolling Stone.  (Photo by Paul Familitti.)

We posted back in August about Glen Campbell's status with Alzheimer's disease.  A recent story on NBC News, covering his status reported that he still plays guitar and his label released his last song, I’m Not Gonna Miss You.” .

His final tour was filmed and a documentary, Glen Campbell: I'll Be Me, will be released October 24th, 2014. The article explains that he was in stage 2 when the tour started and stage 4 when it ended.  Throughout, though, he played a mean guitar.

Thanks to law student Erica Munz for sending me the link to the story. Calendar October 24, 2014 and go see this movie.

Okay, let the song metaphors begin, and please, let's sing them with a nice falsetto.

Singer Frankie Valli, now age 80, has been starring in a long-running divorce proceeding.  (He and his wife separated in 2004).  On May 15, it was the California Supreme Court harmonizing with him over his claim that a $3.75 million life insurance policy he purchased in 2003 with "community funds," and on which he named his then-wife as the sole beneficiary, retains its character as community property.  In other words, the surrender value of the policy ($400,000) is not entirely hers to keep.

Here's a link to In re Marriage of Frankie and Randy Valli.

There are a lot of impressive people who teach courses in the "law and aging" spectrum, people I know by name, but have never actually met.  I suspect I'm not alone in this regard.  So, this post is the first of what I hope to offer as a series of "spotlights" on colleagues teaching "elder law" -- broadly defined -- at law schools across the U.S. and Canada.  My goal is go beyond the law school profiles with these spotlights. 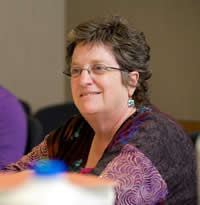 Shining the spotlight on Associate Professor Lisa Brodoff at the Seattle University School of Law is a great place to start.

Lisa Brodoff is the Director of Clinical Programs, which keeps her busy with Seattle's Administrative Law and Trusts and Estates Clinics, as well as teaching Elder Law.  One of the first aspects of Lisa's career that struck me is that she was well ahead of the curve on same-sex marriage equality issues, having filed an Amicus brief in Washington State in 2005, arguing that without marriage protection, same-sex elder couples risked impoverishment, loss of the family home, and could all-too-easily encounter "uninformed and insensitive health care." Her argument, even if unpersuasive in the short run with a majority of the Washington Supreme Court (there were strong dissenting opinions from those who understood), certainly predicted the path for success in Windsor.

One of Professor Brodoff's latest projects has been working on Alzheimer's Disease and Dementia Mental Health Advance Directives.  She has developed a first-of-its kind planning document, one that she originally proposed in a law review article for the Elder Law Journal in 2010.  Links to her template, plus detailed instructions for use, are now available on Compassion and Choices' website. Students in her Trusts and Estates Clinic are already working with this format for advance directives for clinic clients.

Now we get to the really fun part of Lisa's background.  She's a musician (electric bass!), singer and songwriter -- for a band called The Righteous Mothers.  Absolutely fun music, great harmonies, well-crafted lyrics, often with a strong vein of humor, and a fair share of "law and aging" content.  Just check out the YouTube video for their song "Old Fat Naked Women for Peace."  I double-dog dare our readers to do so!

As my Elder Law Prof Blogging colleague Becky Morgan likes to say, "Elder Law Rocks!" -- and this time we can say so "musically."

Memory Cafes: Hanging Out in a Judgment Free Zone -- with Good Coffee

On yesterday's ride over the Blue Mountains between my Law School's campus in Carlisle and the campus in State College, I caught a great public radio program, interviewing folks at a "Memory Cafe."

As anyone involved in care for a person with dementia knows, especially those who are "stuck" at home, it can be a challenge.  Both the caregiver and the cared-for person could use a good break now and then.

That's where the concept of Memory Cafes come in -- a place where folks won't judge about how Alzheimer's or similar cognitive impairments might affect the ability to have a traditional conversation.  Where canes and walkers are welcome.  A place that is warm and friendly. Where people understand -- and can share a laugh, along with good coffee.

From Wisconsin Public Radio, here's a bit of history and a description of a cafe in Appleton, Wisconsin:

“'Memory Cafes' got their start in the Netherlands and are common now both there and in England. They are 'judgment-free zones' for people with mild dementia or memory loss.

About a dozen people gathered last week at a cafe session at a coffee shop in Appleton. John McFadden is a co-coordinator of the memory cafe and plays the ukulele to welcome participants. Betty Ann Nelson came with her husband, Duane. The Nelsons have been married 58 years and have attended several cafe sessions since they began earlier this year."

Some sessions might involve activities, such as a program called "Time Slips" where participants pass around amusing photos and are invited to tell the story.  One photo showed nuns on bumper cars at an amusement park, leading a customer to describe them as "Holy Rollers."

For more on the concept, follow the links on Wisconsin Public Radio to listen to this radio account.

The Power of Music -- at Every Age

Skip the ad and go straight to the video from Sterling Court, an assisted living community in Utah, especially if you need a good reason to smile:

Book Report: The End of Your Life Book Club

Over the Labor Day weekend, I happened to catch a great public radio interview with author Will Schwable about the book inspired by his two-year conversation with his mother about books.  The End of Your Life Book Club describes how their mutual love of reading provided opportunities for the two to discuss life and death, both directly and indirectly.  Why was this important? The conversations took place while his mother was receiving chemotherapy for pancreatic cancer.  He said they never had "the big talk" you might expect when confronted with mortality -- rather, they had dozens and dozens of small talks.

It made me think about conversations with my own family members.  We live far apart and while I try to make it home frequently (at this point, I'm the only family member who flies), I know I don't make it home often enough.  But we talk a lot on the phone and I think we have also developed ways of speaking directly and indirectly about the present and the future.  Lately, with my parents that has often been through funny conversations about Dancing with the Stars.  (Thank goodness for on-demand television access, since I rarely catch the show on first airing.)  We talk about who is "doing well for their age" or who isn't. We suggest who we would like to see on the show (Julie Andrews?), and who makes us cringe (sorry, Cloris Leachman).  It has become shorthand for talking about memory, mobility, capacity, and our own aches and pains.

What works for your family?  Or are you part of a (rare?) family who talks about such topics directly?  (Comments open below)