Barbara Pfeffer Billauer: An International Perspective on Ageism in the Time of Corona

George Washington Law Professor Naomi Cahn recently shared a piece by Israel-based law and policy author Barbara Pfeffer Billauer on  "Al Tashlichaynu L'Et Zichna: Ageism in the Time of Corona."  This thoughtful piece begins with a theme I've been discussing with others, how close to dystopian science-fiction the last 10 weeks have seemed.  She makes the opening comparison of current policy-based decisions to the science-fiction movie Logan's Run, where the "acceptable" price paid for a civil society was a mandatory limit on life spans -- to just 30 years. 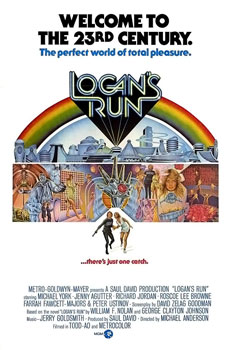 Professor Pffeffer Billauer observes "In this world of COVID, the age of devitalization is a bit older. But us oldsters are subject to truncation just the same."

At first glance, “protection of the vulnerable” seems laudatory and compassionate. Nevertheless, this approach should trigger concerns of discrimination. In the case of age-related discrimination, the dangers are, perhaps, exacerbated, as those affected are more likely to just accept it. Others accept these pronouncements without delving into the “scientific” or epidemiological underpinnings of the pronouncements. Even worse, is that rationale that might, in actuality, be political can be camouflaged as nobly “helping the needy.”

Professor Pfeffer Baillauer warns that even as governments begin to ease virus-related restrictions, in many instances "the 'vulnerable' (aka the elderly)" are still locked down, and that the "differential relaxation of lockdowns is problematic, both from legal and public health perspectives."

Based purely on early (and stagnant) reports, we bought into this protectivist age-related response: The elderly were — and are — to have their liberty disproportionately restricted –because they are considered “vulnerable”. It’s time to question this approach and unmask the rank discrimination behind it, or at the very least, reveal the dangers of blind acquiescence without serious inquiry into the scientific basis.

She questions the statistical basis for some governments' decisions to impose mandatory isolation:

The Italian debacle, notably lots of deaths, was attributed to their older population. But these pronouncements were based on gross, oversimplified statistical calculations. Germany, with a similar age distribution, suffered far fewer deaths. So did Japan, with a population even older than Italy’s . Compare the case-fatality in Italy of 14% (as of March 19) with that of Germany (at 4.5%), or the even older Japanese demographic with a similar case-fatality (4.7%). Basic tools of epidemiological assessment, such as standardized age-adjusted rates, appear not to have been performed to sustain the extrapolation of the Italian experience to other countries. Basic epidemiological constraints, such as the ecological fallacy, were never even considered.

But there is more to the misleading assertion that the elderly are at greater risk than just flawed statistics. The approach obscures the key question: greater risk of what? Of disease susceptibility, of spreading it to others – or of dying?

She is provocative.  She notes that if there is legitimacy to mandating isolation of the elderly based on nursing home statistics on infection and death, perhaps the same rule should be assigned to the "financially flush," such as those who make up the majority of cruise ship passenger rosters, whether or not they are embarked on an actual cruise.

For more, read the full blog post linked above.  For MUCH more, keep an eye on Barbara's SSRN account for her next piece. Thanks, Naomi, for another great share!