We reported in December 2013 about the long saga of the Lemington Home for the Aged, a troubled nursing home that sought bankruptcy court protection in 2010. 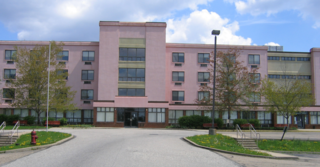 Now, in a 2015 decision by the Third Circuit Court of Appeals, following an appeal from the March 2013 jury verdict that awarded the Home's unsecured creditors a total of $5.75 million, key issues about that damage award are addressed.

Judge Vanaskie, who had taken the lead on an earlier appellate opinion regarding the officers and directors, provided some relief for the five former directors on the nonprofit organization's board, who faced joint and several liability for more than $3.5 million in punitive damages.  The opinion begins with a concise summary of the outcome:

"This lawsuit, which concerns the mismanagement of a Pittsburgh-area nursing home and its ensuing bankruptcy, comes before the Court for a third time on appeal. In the present appeal, the Defendants, two former Officers and fourteen former Directors of the nursing home, present several challenges to the jury's verdict, which found them liable for breach of fiduciary duties and deepening insolvency. The jury also imposed punitive damages against the two Officers and five of the Directors.

We will affirm the jury's liability findings and the punitive damages award imposed against the Administrator and the Chief Financial Officer of the nursing home. We will, however, vacate the jury's award of punitive damages against the Defendants who served on the nursing home's Board of Directors. We conclude that the punitive damages award against those Defendants was not supported by evidence sufficient to establish that they acted with 'malice, vindictiveness and a wholly wanton disregard of the rights of others .' Smith v. Renaut, 387 Pa. Super. 299, 564 A.2d 188, 193 (Pa. Super. Ct. 1989) (citations omitted)."

The full opinion, filed on January 26, 2015 for In re Lemington Home for the Aged, is well worth reading, especially for the additional analysis of how individual officers and directors of a corporation (even a nonprofit corporation), can face personal liability for contributing to  "deepening insolvency," a form of "fraudulent expansion of corporate debt."  At the same time, the opinion analyzes the active misconduct of the CEO and CFO of the company that supported the award of punitive damages, as opposed to the absence of proof of  "outrageous or malicious conduct" that precluded the directors' liability for same.

Listed below are links to weblogs that reference Third Circuit: Officers & Directors of Bankrupt Nursing Home Liable for "Deepening Insolvency" But Punitive Damages Not Proven re Directors: