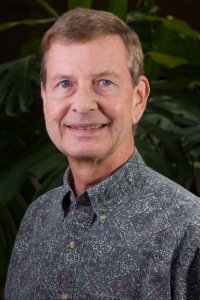 Prof. Jim Pietsch of the University of Hawaii was quoted in the February 14 issue of the Honolulu Advertiser.  Here's an excerpt:

The ease at which powers of attorney can be drawn up — blank forms can be downloaded from the Internet, and no witnesses are required — and the significant potential for misuse have led some banks to stop accepting the documents, according to James Pietsch, director of the University of Hawai'i Elder Law Program.

The program offers basic legal assistance, advice and information to needy people 60 and older, and caregivers.

Many elderly residents are unaware of the risks of relinquishing their powers of attorney, and unless the documents are drafted with care, they can be readily abused because they grant broad decision-making authority, fail to explain clear standards of conduct, and lack monitoring mechanisms to detect problems early on or provisions for holding abusers accountable.

"It's very easy to abuse, especially with the increasing number of folks who are going to be suffering from diminished capacity or undue influence due to physical or mental frailty where they are turning over their things to other people," Pietsch said.

"You can't be as trusting as you used to be when there are people lurking out there at Zippy's and other places who know the ropes."

Listed below are links to weblogs that reference Prof. Pietsch (Hawaii) quoted in article on financial abuse of elderly: