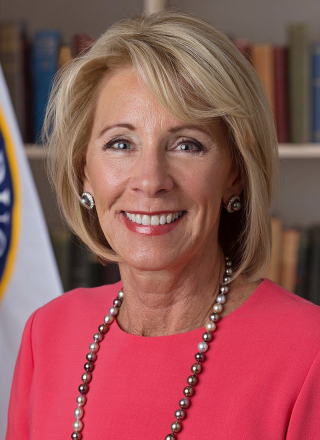 For the second time this school year, Betsy DeVos got a judicial smack down for attempting to eliminate regulations from the prior administration.  In September, it was over protections for student loan borrowers.  Yesterday, it was over racial disparities in special education.

In both cases, DeVos’s justifications for reversing Obama-era regulations amounted to little more than "I'm in power now and I don’t like Obama’s regulations.”  The dressed up justification has been that the Department needs to pause the regulations so that it can “study” the issues more.

The problem, the federal courts have told the Department, is that it cannot just scrap regulations because it doesn’t like them, particularly when those regulations have already gone through a rigorous process of notice, comment, study, and justification.  Reversing existing regulations requires a showing that the existing regulations are wrong.  That requires evidence and logic—something that does not seem to interest the current administration.

In the student loan case this past fall, the court explained that the statutory framework

does not permit the Department to make its own untethered assessment of what is “just.” . . .  At a minimum, an agency must provide a “reasoned explanation”... [A]n agency must do more than pay “lip service” to the [issues pertaining to a regulation’s] validity.

In the absence of “reasoned explanation,” the Department’s regulatory action is “arbitrary and capricious.”  The most the Department had done to justify withdrawing the student loan protections was restate a “boilerplate” rationale, but the rationale was “unsupported by any analysis” and contradicted prior evidence and conclusions by the Department.

This last point was key:

The problem with the Department's serious-legal-questions rationale [is that] the Department failed to acknowledge, much less to address, the inconsistency between its current view that those provisions stand on legally questionable footing, and its prior conclusion that they were legally sound.

As I predicted back in the fall, the courts were laying down markers that would make it hard not only for DeVos to carry out her agenda, but also the wider Trump administration.  I wrote: “If the Trump administration seeks to remake the regulatory world, it must explain itself and offer plausible reasons for the change--something that the current Department of Education has struggled to do.  This warning shot could potentially cool the trajectory of the Department.”

Yesterday’s decision confirmed that the courts will not suffer tomfoolery.  At issue in yesterday's case were regulations aimed at addressing racial disparities in special education.  To make assessments of disproportionality more consistent, the regulations “require States to use a standard methodology . . . when making determinations of significant disproportionality.”  The regulations were to go into effect on July 1, 2018.  DeVos wanted to postpone them until July 1, 2020 and presumably kill them in the meantime.

In Council of Parent Attorneys and Advocates v. DeVos, the US District Court found that

the Department of Education violated the [Administrative Procedure Act] in two ways. First, it failed to provide a reasoned explanation for delaying the 2016 Regulations. Second, it failed to consider the costs of delay, rendering the Delay Regulation arbitrary and capricious.

DeVos claimed that the Department's justification and explanation was that the regulations would lead to the “use of racial quotas.”  The problem with that explanation was that the Obama regulations “condemned the use of racial quotas” and “expressly stated that the use of quotas violates the IDEA.”  Were that not enough, it “warned that the use of quotas would expose an LEA to various forms of legal liability” and it “implemented additional [regulatory] safeguards beyond these warnings.”

It's kind of hard to say you are blocking regulations because they incentivize behavior that the regulations prohibit.  Such a bind-bender justification requires some serious explanation.  The court said the DeVos administration did not even try.

And, of course, this is not just a loss for the DeVos administration.  It is a substantive win for the kids.  Civil rights and special education advocates had pushed for this type of regulation to help limit the role of racial bias in special education determinations.