School Teacher Who Refuses to Call Transgender Students by Their Name Raises Interesting Claims, But They Are All Wrong 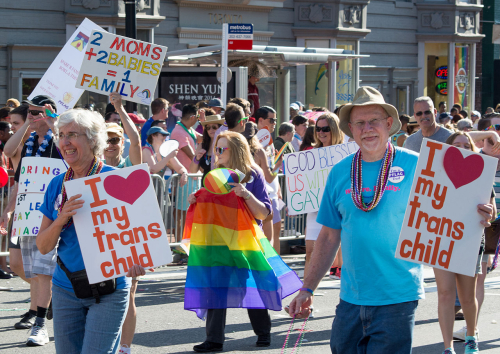 An Indiana teacher is challenging his school district’s policy that requires teachers to call students by their chosen name.  More specifically, the district requires that teachers call transgender students by the name that comports with their gender identify rather than their biological sex. The teacher says that the requirement violates his First Amendment rights. "I’m being compelled to encourage students in what I believe is something that's a dangerous lifestyle," he said. "I’m fine to teach students with other beliefs, but the fact that teachers are being compelled to speak a certain way is the scary thing."  He believes that using the students’ preferred name implies that he agrees with the student’s decision to identify as transgender.

By all accounts, the teacher treats his students fairly and respectfully.  His only sticking point is this policy.  He wrote in a letter to the school: "It appears that the real intolerance at Brownsburg High School lies in the hands of the administration against teachers who hold a sincere faith and a sacrificial love for their students," the form letter reads in part.”

The timing of the dispute is interesting.  He challenged the policy shortly before the Supreme Court decided Masterpiece Cakeshop v. Colorado Civil Rights Commission this week, but the overlaps are interesting.  In Masterpiece, the baker said he would not make a cake for a same-sex couple’s marriage because he objected to their marriage on religious grounds.  He said he would sell them cookies and other items, but would not make a custom cake because it amounted to an endorsement of same sex marriage.

On Monday, the Court ruled in favor of the baker, but on narrower grounds than the baker would probably like.  The Court rejected the idea that a business owner had a general right to refuse service to individuals based on race, gender, sexual orientation, religion, etc.  So if a cakeshop sold stock, non-customized cakes, it would have to sell those cakes to anyone. Selling cakes, cookies, wine, and other basic goods and services does not involve compelled speech.

The difference for the plaintiff in Masterpiece was that the idea that custom cake could have involved expression or endorsement by the baker.  The Court did not take the position that all custom cakes would require a baker to engage in endorsement, but here, the baker had said this one would.  Having made such a claim, the Colorado Commission that evaluated his case should have taken that claim seriously.  When it didn’t, the Court found that it discriminated against him based on religion.  This conclusion was bolstered by the fact that the Commission had given free speech exemptions to other business owners who had asserted non-religious objections to making cakes that they felt contained offensive messages.

Does any of this validate the school teacher’s position?  No.  First of all, teachers’ expressive rights are far narrower than many might think.  The curriculum and policies belong to the district, not the teacher. So once a district or school exercises its judgment on what to teach (so long as it has not violated the law in doing so), the teacher cannot decide something different.  For instance, if the school says, sixth graders shall read Huck Finn, a teacher cannot say, “I’m not teaching Huck Finn because I think it is racist.”  The teacher can hold that view about the book and even advocate for change at the school board, but he cannot buck the school’s curriculum decision in the classroom.

The same reasoning applies to students’ names.  The district could take the position that teachers will only call students by their last names because they think it creates the type of formal and respective environment that is conducive to learning.  The district might be wrong, but that is not the teacher’s decision to make.

The decision on transgender names seems even more clear cut.  My assumption is that if James wants to be called Jim or Jimmy, most any school would honor that.  And if the James wants to be called Jane, the school ought to consent to that as well.  To do otherwise would presumably trigger intermediate scrutiny.  If a school cannot pass intermediate scrutiny to deny a transgender student access to a bathroom that comports with the student’s gender identity, there is no way the school can pass intermediate scrutiny in regard to the simple question of the name by which it will call on a student.

In short, a transgender student’s preferred name is one that a school almost certainly must use.  Once we reach that conclusion, then teachers have no choice but to comply.

The Indiana teacher seems to try to use the rationale of Masterpiece Cakeshop to make his case.  But it won’t help him either.  Masterpiece involved the state regulating a citizen’s private speech in a private context.  The school teacher is acting as a public servant in a public space.  So the ideas simply don’t transfer.

But even if we tried to narrow his claim to one involving his privately held believes, he still looses unless we are going to take the position that uttering another person’s name amounts to endorsement or compelled speech.  He might believe it is endorsement, but that belief does not dictate reality.

A name is simply a name.  Parents and individuals can choose names for themselves.  Consider the single mother who is put out with the dad and names her daughter “Sally Marie Myfatherisanass.”  It seems to me she can do so and the state and the school has to go with that.  Recall, for instance, a Tennessee trial court judge who recently found out that he could not prohibit a family from choosing the name “Jesus” for their child.

A school teacher calling a student by the name “Jesus” is no more of an endorsement of what some would call sacrilege than calling a student by a name consistent with gender identity is endorsement.  In the viewer's eyes, those people may have acted incorrectly in choosing those names, but the state cannot impose its view on those people.  Nor can people, like teachers, who act on behalf of the state.

What the teacher seemingly objects to is allowing students to take a transgender name.  He can have that position and the school cannot make him change his mind or keep his views to himself at the school board or other appropriate settings.  But when he enters the school, he has no First Amendment right to refuse to comply with validly adopted school district policies.

It is strange to hear that the teachers are compelled to call trans students by different names. This will violate the right to equality and will create discrimination also. The teachers should not create any indifference by caste, religion or sex.