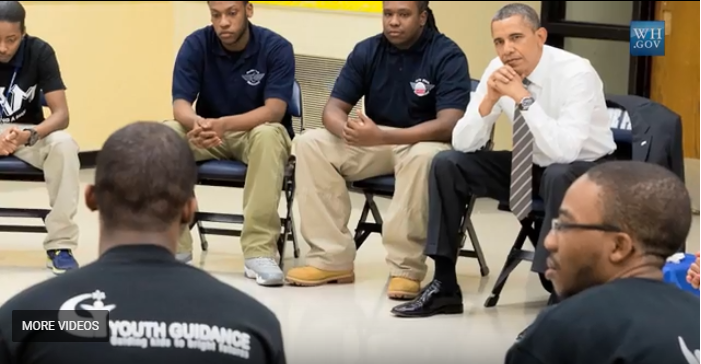 This spring, the debate over school discipline reform reignited.  Those who have long opposed the Department of Education and Department of Justice's policy guidance on racial disparities in suspensions in expulsions knew they had a friend in the Secretary's office.  The turned on they heat. They argued that schools couldn't suspend students anymore and student were growing unruly.  As a result, school discipline policy was hurting the good students.  In Reforming School Discipline, I warned that so long as we allow this to be the framing of the this, effective school policy would loose out.  No matter what the data shows, the good student-bad student narrative will always come out bad for the "bad" student.  The proper framing has to be about school quality, and school discipline and school quality are directly linked.  That also means that school discipline is about far more than just telling teachers that they can or cannot suspend students.

The so-called failure of the federal policy guidance is not that it prohibits suspensions--it doesn't.  The failure is by those districts that think that is what the policy does.  Those who understand it correctly are showing how we can improve school quality and discipline at the same time.  Here's a wonderful example.  The Texas Tribune reports:

Two years ago, Bammel Middle School students were often fighting each other in the hallways when the bell rang, and teachers who lost control of their classrooms were regularly handing out three-day suspensions.

These days, more students and teachers report being happy at the Spring ISD school north of Houston, and the number of three-day out-of-school suspensions dropped from 94 last school year to 47.

Principal La'Quesha Grigsby attributes the improvement to a simple schedule change at the beginning of this academic year: a carve-out of 35 minutes twice a week for teachers and students to circle up and talk about their feelings. Bammel Middle School is one of a growing number of Texas schools that have adopted "restorative justice," which encourages students and teachers to talk through their problems and build stronger relationships in order to prevent conflict and violence before it happens.

"Sometimes those behaviors we see as discipline problems really are because the student is struggling with their academics," Grigsby said. "We're in a situation where we have to do something drastic ... because what we've been doing is not working."

Hummm. . .  Sounds like the intuitive points and social science that I lay out in Ending Zero Tolerance.  Students misbehave for a variety of issues and it is rarely because they just have a penchant for disruption.  Misbehavior tends to stem from emotional challenges they face at home (poverty, homelessness, divorce, abuse), learning disabilities, or simply struggling academically.  Figuring out the problem requires that we spend time understanding students and giving them the room to communicate.  Only then can we come up with solutions that might actually improve their behavior.  Suspension almost never does that.  It ignores the problem and tends to make it worse because the student feels he or she has lost an ally at school.

Before DeVos makes any final decision on the policy guidance, she should kick the talking heads out of her office, hang up the phone on the rest, and get on a plane to a place like Bammel Middle School.  Then she too might listen to students and understand what discipline reform is all about.

Interestingly enough, no less than the President of the United States used to be humble and thoughtful enough to listen.  The picture above and his My Brother's Keeper Initiative are worth a thousand words, so I will stop at 615 of my own.