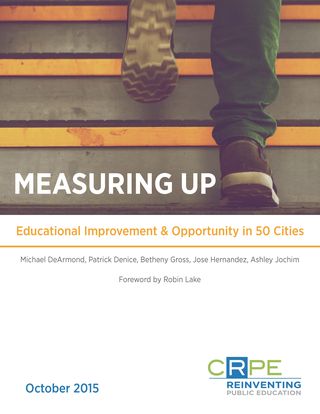 Researchers at the University of Washington's Center on Reinventing Public Education (CRPE) released “Measuring Up: Educational Improvement and Opportunity in 50 Cities, a study that assessed cities across the U.S. including district- and charter-run public schools. The study examine how well each city’s schools are doing overall and how well they are doing for students from low-income households and students of color, who now make up the majority of America’s public school students nationwide. CRPE reports the following national findings: