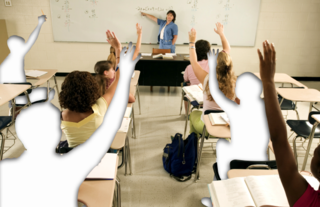 UCLA's Center for Civil Rights Remedies at the Civil Rights Project has published Are We Closing the School Discipline Gap? by Daniel Losen, Cheri Hodson, Michael A. Keith II, Katrina Morrison, and Shakti Belway.  The report adds to the growing consensus that the use of out-of-school suspension are applied disproportionately "to students with disabilities and those from historically disadvantaged racial, ethnic, and gender subgroups." From the report's executive summary:

Nearly 3.5 million public school students were suspended out of school at least once in 2011-12.12.  That is more than one student suspended for every public school teacher in America. This means that more students were suspended in grades K-12 than were enrolled as high school seniors. To put this in perspective, the number of students suspended in just one school year could fill all of the stadium seats for nearly all the Super Bowls ever played—(the first 45). Moreover, recent estimates are that one in three students will be suspended at some point between kindergarten and 12th grade (Shollenberger, 2015).

If we ignore the discipline gap, we will be unable to close the achievement gap. Of the 3.5 million students who were suspended in 2011-12, 1.55 million were suspended at least twice. Given that the average suspension is conservatively put at 3.5 days, we estimate that U.S. public school children lost nearly 18 million days of instruction in just one school year because of exclusionary discipline. Loss of classroom instruction time damages student performance. For example, one recent study (Attendance Works, 2014) found that missing three days of school in the month before taking the National Assessment of Educational Progress translated into fourth graders scoring a full grade level lower in reading on this test. New research shows that higher suspension rates are closely correlated with higher dropout and delinquency rates, and that they have tremendous economic costs for the suspended students (Marchbanks, 2015), as well as for society as a whole (Losen, 2015).