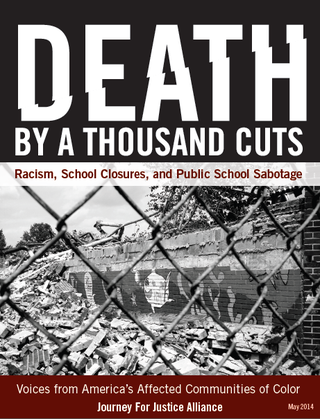 Journey for Justice also released a companion report on the real-life impacts of school closings and privatization. Cribbed from its description: the report looks at "the national pattern of school districts setting community schools up to fail through policies including high stakes testing-based accountability systems, and enrollment policies that concentrate the most disadvantaged students in a few schools without providing the needed resources. Once these schools consequently suffer under-enrollment and financial shortfalls, public officials then justify closing them."

The report is available here. See the announcement about the filings here.