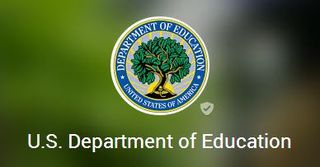 Last week, the Department of Education indicated that it is backing away from the requirement it announced just 2 months ago that low income and minority students have equal access to high quality teachers.  This move and the timing of it are troubling.  Civil rights leaders and scholars, including myself, had praised the Department for making equal access part of the NCLB waiver requirements. And although I had previously posited that Arne Duncan was inappropriately acting as a de facto superintendent of the United States of America School System in the conditions he was placing on school systems, equal access to teachers was one area that did not raise the same concerns because it was within the scope of existing statutory language of NCLB.  The Department just had not been enforcing it and now seemed ready to do so.  Backing away now only reignites concerns about the statutory authority under which Duncan is acting.  His ability to change course reinforces the notion that he is not acting under statutory standards, but based on his judgement of how best to run "his" national school system.

Legalities aside, this retreat is also problematic on a policy level. In just the past week, two major studies identifying the gains associated with this access have been released.  One was a Department of Education funded study showing the efficacy of encouraging top teachers to transfer to needy schools.  The second was a Fordham Institute study showing the efficacy of giving the best teachers larger class enrollments.  Both studies showed impressive results and only added to the mountain of research that preceded them.  Why the Department would back away from existing teacher requirements in the midst of increasingly persuasive evidence on the topic is beyond me.

One explanation is that equal access to quality teachers has always been the hardest measure to enforce because markets and local politics stand in the way.  In fact, before the waiver business even got started, Congress was forced to bail out California with a statutory delay for its violation of high quality teacher requirements.  If the Department is bowing to political pressure, just after standing up to it, it is showing cowardice and disrespecting our schools.

Another more benign explanation could relate to the difficulty of measuring teacher effectiveness and the fact that states are still developing their systems.  In this context, one could argue that it is difficult for both the district and the Department to determine compliance.  If this is the rationale, one might have sympathized with the Department for going easy on enforcement.  This Department, however, is signally an abandonment of the substance of the policy itself.