The Cost Savings of Improving Education 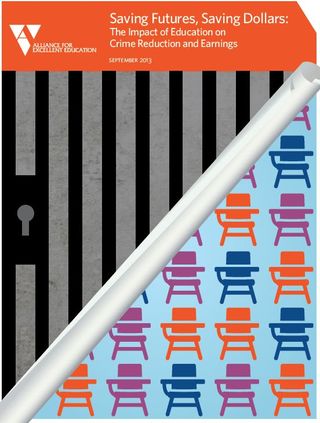 Last week, I posted on a law enforcement organization's support for pre-k as a way to reduce crime and save money.  This week, the Alliance for Excellent Education has released a report that looks at the other side of education: high school graduation rates.  The report offers extensive details of the current costs of crime and how a five percent increase in the male graduation rate would affect those costs.  According to the report, the nation could save as much as $18.5 billion in annual crime costs and generate an additional $1.2 billion in tax revenues (from workers who would otherwise be involved in crime or jail).

Of course, the benefits extend beyond money and include a reduction in the number of victims of crime.  Per year, the report estimates 59,000 fewer assaults, 17,000 fewer burglaries, 37,000 fewer larcenies, 31,000 fewer vehicle thefts, 4,000 fewer rapes, and 1,500 fewer robberies. Missing from the report is an exact indication of how much it would cost to increase the graduation rate by 5 percent, but the report's comparisons between the per pupil costs of education and the costs of crime argue the cost of increasing graduation rates would only be a fraction of our current crime costs.