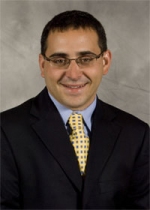 Paul Horwitz  (University of Alabama School of Law) has posted Democracy as the Rule of Law (PROSECUTING THE BUSH ADMINISTRATION: WHAT DOES THE RULE OF LAW REQUIRE? Nasser Hussain & Austin Sarat, eds., Forthcoming) on SSRN. Here is the abstract:


This paper is a chapter for a forthcoming book, Prosecuting the Bush Administration: What Does the Rule of Law Require? The book does not debate whether the Bush administration violated the law in the course of the War on Terror and the wars in Afghanistan and Iraq through such actions as torture. Rather, it assumes for purposes of debate that violations of the law occurred, and asks, if that is so, whether the rule law requires prosecution.

This contribution takes this question as an occasion to examine the tangled relationship between three essentially contested concepts: democracy, the rule of law, and transitional justice. It proceeds fairly unsentimentally, assuming that these concepts are not especially helpful as simple invocations and that they should be viewed as pragmatic rather than metaphysical goods. It makes two main arguments. The first, which many other critics share, is that transitional justice consists largely if not entirely of a pragmatic and political balance between democracy and the rule of law. It requires a consideration of what I call the “costs of settlement” - a balancing of past investments in and future costs to the stability and viability of both democracy and the rule of law. As such, both transitional justice and the “rule of law” itself, despite the latter term’s usual assumption of universality, may require different approaches and different compromises in different societies.