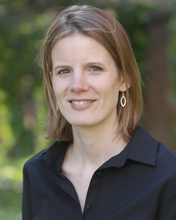 Alice Ristroph (Seton Hall University - School of Law) has posted on SSRN a provocative critique of the new MPC sentencing provisions, especially focusing on the role of retributivism in the proposal. Here is the abstract for How (Not) to Think Like a Punisher (Florida Law Review, Vol. 61, p. 727, 2009):

This article examines the several and sometimes contradictory accounts of sentencing in proposed revisions to the Model Penal Code. At times, sentencing appears to be an art, dependent upon practical wisdom; in other instances, sentencing seems more of a science, dependent upon close analysis of empirical data. I argue that the new Code provisions are at their best when they acknowledge the legal and political complexities of sentencing, and at their worst when they invoke the rhetoric of desert. When the Code focuses on the sentencing process in political context, it offers opportunities to deploy both practical wisdom and empirical analysis that may actually make American sentencing less arbitrary and, importantly, less severe. When the Code retreats to retributive or desert theory, it appeals to indeterminate and unpredictable principles that threaten to undermine the new provisions’ more salutary proposals.

Professor Ristroph's concern seems well founded that the MPC proposal might lead to political pushback if judges accept the invitation to second-guess political assessments of desert. I am more skeptical about the wisdom, and even the feasibility, of banishing retributive notions from sentencing discourse, and I am less sanguine than Professor Ristroph seems about the effects of utilitarianism unchecked by limiting retributive ideas. But one cannot dispute her position that retributive ideas have not always had a salutary effect on sentencing practices. Overall, a very interesting read.