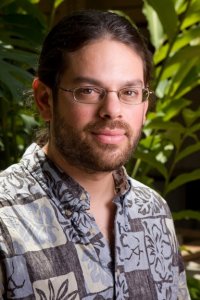 For many legal scholars, startling scientific evidence of implicit racial bias, including the now famous Implicit Association Test (IAT), have revealed a truth about racial discrimination in America that had previously been difficult to prove. Yet despite commentators’ progress in considering how the law should respond to this new evidence of racial bias, two challenges have continued to limit legal scholarship on implicit bias from achieving its full potential. First, empirical social science on implicit bias has rarely focused on the law. For example, prior to the study presented in this article, no IATs had been designed specifically to test law-related hypotheses. And second, legal scholarship on implicit bias has tended to maintain a narrow substantive focus, often considering discrimination in the workplace and in policy-making, but rarely considering racial biases in other areas of law. The question, for example, of whether jury verdicts in criminal trials are tainted by implicit racial biases has yet to be considered adequately.

This Article considers the growth potential for legal scholarship on implicit bias, and presents a new law-related IAT that the authors devised - the Guilty/Not Guilty IAT. The authors designed this study both to address the challenges legal scholarship on implicit bias has faced, and to create a test that would investigate the racial disparities that continue to plague the American criminal justice system. The study used well established IAT methodology to test whether people harbor implicit associations between African American men and criminal law guilty verdicts. The Guilty/Not Guilty IAT asked study participants to group together photos of Black and White men with words representing the verdicts Guilty and Not Guilty, and measured their reaction times in milliseconds. The results of the study are concerning: study participants held strong implicit associations between Black men and guilty verdicts (as measured by well accepted IAT calculation methods). In addition, these results proved to be quite meaningful in predicting decision-making. Scores on the Guilty/Not Guilty IAT predicted how participants evaluated evidence. The authors consider the study results in light of the presumed racial fairness underlying the presumption of innocence, and call for a broader, empirically based exploration of implicit racial bias in the legal system.