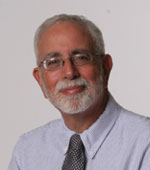 Many years ago, when I began teaching (I had litigated for 13 years prior to changing careers, and had written a good number of law review articles during those years), I received all sorts of well-meaning advice from colleagues (both at my own school and elsewhere) about what to do and what not to do as part of my pre-tenure years (being me, I proceeded to ignore almost all that advice, and I have never regretted it for a moment, but that’s another story). Much of the advice was predictable, and made sort of sense, given how tenure decisions are mostly made. But one piece of it flabbergasted me, and has remained stuck in my mind for years as an example of one of the many things wrong with the legal scholarship enterprise.

“Never write anything with a colleague,” I was warned, “because the tenure committee won’t be able to figure out what was yours and what was your colleague’s and, therefore, it won’t count.” The whole notion of what “counts” also struck me as bizarre (I was at the time engaged in writing a three-volume treatise in mental disability law, an area of the law in which there had never been a treatise, and was told blithely that it wouldn’t “count” because it was a book (well, three books), and “books don’t count.” I was also told that it was time for me to abandon writing in behavioral journals and cross-over “law and ...” journals, since they weren’t really law reviews and this they told me, you guessed it, “wouldn’t count.”

All this was supremely foolish (and, as I said, I chose to ignore much of it), and it was pretty much, in my case, relegated to the category of no-harm-no-foul. But I realized that, unconsciously, the don’t-write-with-a-colleague ukase must have stuck, since, in the six years that elapsed from the time I was hired until I was tenured (1984-90 for those keeping score at home), I didn’t write a single piece with a colleague.

I’m not sure why now. The treatise kept me busy, As did running a litigation clinic. As did writing a series of law review articles (including one that everyone called my “tenure piece,” though I certainly never saw it that way). Whatever. But, looking back at my CV now, I note that, in the few years immediately after I was granted tenure, I began again to write with colleagues (including other law professors, practitioners, forensic psychiatrists, and forensic psychologists), and have never looked back.

Recently, most of my scholarship is with co-authors, and, significantly, I think, much of it is with non-law professors. And since I have been doing this, I believe my scholarship has been enriched, and that my perspective on my subject matters (I now write mostly about the relationship between international human rights and mental disability law, the role of forensic witnesses in the criminal trial process, and the relationship between criminal procedure and mental disability law) has benefited in multiple ways.

I looked at some of my recent postings on SSRN (and that’s really what inspired this blog post), and was struck with the diversity of my co-authors (both in terms of their professional backgrounds and their internationality).

• “Where The Home In The Valley Meets The Damp Dirty Prison”: A Human Rights Perspective On Therapeutic Jurisprudence And The Role Of Forensic Psychologists In Correctional Settings, 14 AGGRESSION & VIOLENT BEHAVIOR  256 (2009) (with Astrid Birgden)

• "Tolling for the Luckless, the Abandoned and Forsaked": Community Safety, Therapeutic Jurisprudence and International Human Rights Law As Applied to Prisoners and Detainees, 13 LEG. & CRIMINOL. PSYCHOLOGY 231  (2008) (with Astrid Birgden)

I also thought, in the same vein, about the two most recent books I have published:

• COMPETENCE IN THE LAW: FROM LEGAL THEORY TO CLINICAL APPLICATION (with Pamela Champine, Henry Dlugacz, and Mary Connell) (John Wiley) (2008)

So, who are these guys I write with? Douard is a practicing attorney and  a philosophy professor. McClain is a practicing forensic neuropsychologist. Birgden is a forensic psychologist who runs a prison in Australia and is now teaching at Deakin University in Melbourne. Gledhill is a law professor at the University of Auckland in New Zealand. Dlugacz is a lawyer (and a social worker) whose law practice focuses on mental health issues in jail and prison cases. Szeli is a lawyer and forensic psychologist who teaches psychology in Arizona, and who formerly practiced law in Hungary and Kosovo. Connell is a forensic psychologist in Texas. Burstajn is a psychiatrist in Massachusetts. Dlugacz and Szeli are also adjunct professors at New York Law School in our online mental disability law program. (Sadly, Pam Champine, my colleague at New York Law School, passed away last year; she was the only full time law teacher on this list).

I still write solo articles, and will continue to do so. But I am so much fonder (is that a word one uses in legal scholarship?) of most of these, and feel they have so much more to offer in light of the diversity of the professional and practice backgrounds of the others with whom I collaborated. So I write this to share these thoughts with the readers of this list in the modest hopes that it will inspire some more of my colleagues to do the same, Whatever your colleagues may tell you to the contrary, trust me --  these “count.”