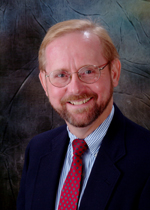 The U.S. Supreme Court's vexing approach(es) to the question of how the federal constitution impacts structured sentencing systems is exhaustively and incisively explored in a manuscript by Frank O. Bowman III  (University of Missouri School of Law) entitled Debacle: How the Supreme Court Has Mangled American Sentencing Law And How It Might Yet Be Mended (University of Chicago Law Review, Vol. 77, Forthcoming 2010), which he has recently posted on SSRN. The piece has already drawn a fair amount of commentary over at the Sentencing Law and Policy blog. Here is the abstract:

This Article argues that the line of Supreme Court Sixth Amendment jury right cases that began with McMillan v. Pennsylvania in 1986, crescendoed in Blakely v. Washington and United States v. Booker in 2004-2005, and continued in 2009 in cases such as Oregon v. Ice, has been a colossal judicial failure. First, the Court has failed to provide a logically coherent, constitutionally based answer to the fundamental question of what limits the Constitution places on the roles played by the institutional actors in the criminal justice system. It failed to recognize that defining, adjudicating and punishing crimes implicates both the Sixth Amendment jury clause and the Fifth and Fourteenth Amendment due process clauses, and it has twisted the jury clause into an insoluble logical knot. Second, the practical effect of the Court’s constitutional bungling has been to paralyze the generally beneficial structured sentencing movement, with the result that promising avenues toward improved substantive and procedural sentencing justice have been blocked. Even the most widely-applauded consequence of the Apprendi-Booker line, the transformation of the federal guidelines into an advisory system, proves on close inspection to be a decidely mixed blessing. The Court has made the Constitution not a guide, but an obstacle, to a desirable distribution of authority among the criminal justice system’s institutional actors. The Article provides a comprehensive constitutional analysis of all the opinions in the McMillan-Apprendi-Blakely-Booker-Ice line, as well as an assessment of the practical impact of these cases on both federal and state sentencing systems. In addition, the article uses its careful dissection of the defects in the Court’s Sixth Amendment sentencing decisions to develop an alternative constitutional analysis that combines Sixth Amendment and due process principles. Finally, the article suggests that the elevation of Judge Sonia Sotomayor to the Supreme Court may provide the occasion for the Court to rethink its sentencing cases and move toward a more intellectually coherent and practically desirable constitutional sentencing jurisprudence.