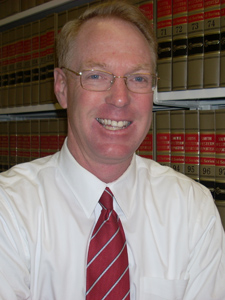 If you want to introduce your students to the range of issues involved in considering the wisdom of victim impact statements, a recent manuscript by Paul G. Cassell  (University of Utah - S.J. Quinney College of Law) titled In Defense of Victim Impact Statements (Ohio State Journal of Criminal Law, Vol. 6, No. 611, 2009) would do the job nicely, and for some of us at least, would give plenty with which to disagree. Here is the abstract of the article on SSRN:

This paper provides a comprehensive justification of "victim impact statements" in criminal sentencing, explaining how such statements are important to crime victims and how the critics of such statements fail to grapple with the need for these statements to victims.

Those who believe that punishment should be pegged to the harm that the wrongdoer foresaw—for either retributive or utilitarian purposes—will disagree with some of the asserted benefits of victim impact statements. When they surface new information for the court, it will usually be nonobvious precisely to the extent that we would not have expected the wrongdoer to anticipate it.

I was also interested in Professor Cassell's effort to save victim-impact statements from some of their critics by claiming that the statements have little effect on sentence severity. This argument is in substantial tension with some of the arguments that Professor Cassell makes in favor of the right to give such statements. But one also wonders what victims would think of this description. Certainly, the victim Professor Cassell profiled in his piece wanted to address the court to advocate for "the maximum sentence." How many victims, if told that these statements are primarily therapeutic, would want to make them; how many, if told that after the fact, would feel that they had been victimized a second time?

On the positive side, I enjoyed Professor Cassell's line, "As one federal district court judge put it, '[E]ven if a victim has nothing to say that would directly alter the court's sentence, a chance to speak still serves important purposes. . . . '[Victim] allocution is both a rite and a right.'" When you look down at the footnotes, you see that he's quoting a case from Utah, and when you look it up, you see that it is a case that he authored while serving on the federal bench. It reminded me of when Rickey Henderson played for the Padres and, when interviewed, referred to himself in the third person.

We can hardly afford the punishment binge we've been on for the past 40 years.