Yung on the Emerging Criminal War on Sex Offenders 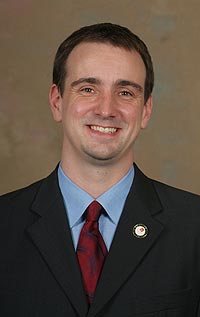 Corey Rayburn Yung  (The John Marshall Law School) has posted The Emerging Criminal War on Sex Offenders on SSRN. Here is the abstract:

This article addresses four central questions. First, what is the difference between normal law enforcement policy and a 'war' on crime? Second, assuming such a line can be discerned, has the enactment of the Adam Walsh Child Protection and Safety Act ('AWA') in combination with other sex offender laws triggered a transition to a criminal war on sex offenders? Third, if such a criminal war is emerging, what will be the likely effects of such a transition? Fourth, if such a criminal war is emerging with substantial negative consequences, can it be stopped? By reviewing America’s history of criminal wars, primarily in the War on Drugs, the article identifies three essential characteristics of a criminal war: marshaling of resources, myth creation, and exception making. It concludes that the federalization of sex offender policy brought about by the AWA elevated law enforcement to a nascent criminal war on sex crimes. This change could have repercussions as substantial as the drug war has had on American criminal justice and society.

Listed below are links to weblogs that reference Yung on the Emerging Criminal War on Sex Offenders: