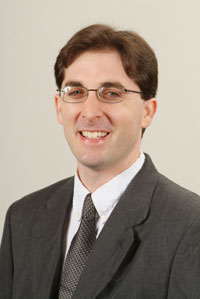 In its 1990 opinion in Maryland v. Buie, the Supreme Court held that as an incident to a lawful (home) arrest, officers can 'as a precautionary matter and without probable cause or reasonable suspicion, look in closets and other spaces immediately adjoining the place of arrest from which an attack could be immediately launched.' While this holding was actually dictum, thereafter courts categorically concluded that Buie authorizes suspicionless searches of sufficiently large spaces not only in arrest rooms, but also in rooms immediately abutting arrest rooms and connected to arrest rooms by hallways.

Buie was one of three Supreme Court opinions expansively reading the scope of searches incident to lawful arrests after it circumscribed their scope in 1969 in Chimel v. California. The other two opinions were Belton v. New York and Thornton v. United States, and, in its 2009 opinion in Arizona v. Gant, the Court expressly overruled Belton and rebuked Thornton as an application of Chimel, which it reaffirmed as continuing to define the boundaries of searches incident to lawful arrests. This article argues that, even without Gant, courts should have realized that they had grossly misconstrued the scope of suspicionless Buie searches, and that now, defendants and appellants should be able to raise Arizona v. Gant to argue that the reaffirmation of Chimel and the destruction of the Belton fiction together invalidate the suspcionless Buie search.

Listed below are links to weblogs that reference Miller on Arizona v. Gant and Buie Searches: