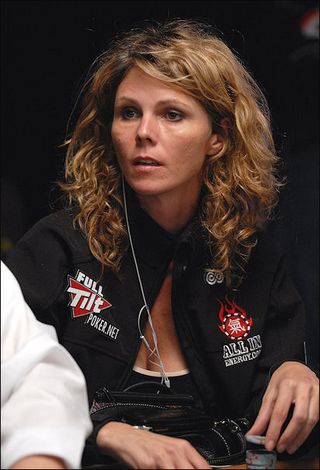 In 2009, Cycalona (Clonie) Gowen brought suit in the United States District Court for the District of Nevada against Tiltware and related entities, alleging breach of contract among other things, and sought specific performance.  We reported on this suit previously in this horribly pun-filled post.  Gowen alleged breach of an oral contract made over the phone between herself and Tiltware CEO Raymond Bitar.  Gowen alleged that the contract would pay her 1% of Tiltware’s profits once it became profitable if she would agree to be a celebrity representative for the company and promote Full Tilt Poker, the company’s online poker website.  When Gowen did not receive any compensation for her promotion, she sued.The district court granted defendant Tiltware’s motion to dismiss.

In a short, unpublished opinion, the 9th Circuit Court of Appeals affirmed in part and reversed in part, dismissing the related entities but reinstating Gowen's claims against Tiltware.  In granting Tiltware’s motion to dismiss the claim, the district court found that Gowen failed to state with specificity the terms of contract she was claiming was breached.  The district court ruled that the claim could not proceed because Gowen did not state her obligations or the terms of the contract in her complaint.  In addition she was not specific about the 1% share in Tiltware she was allegedly supposed to receive.  She did not state when it was calculated from and what other entities of Tiltware would be included in the calculation.

While the 9th Circuit affirmed parts of the District Courts ruling, the panel reversed the dismissal of the breach of contract claim against Tiltware.  The court ruled that there was sufficient information in the pleading to make a breach of contract claim.  The court rejected the Tiltware’s claim that this contract would be barred by the statute of frauds.  Even though this was an oral contract the terms did not preclude performance within one year and therefore the alleged contract would be enforceable.

The 9th Circuit also reinstated the claims for promissory estoppel and unjust unenrichment, since Gowen alleged that she supported Full Tilt poker and did so relying on the promise of a 1% interest in the company.  The court held that, since Gowen alleged an enforceable contract, the district court erred in dismissing the claim as well as the claims for breach of implied duty of good faith and fair dealing and specific performance. 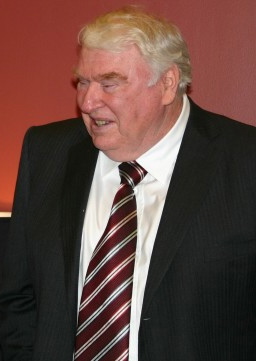 Developer Robin Antonick, the man who originally coded the John Madden (pictured at left) football game for Sega Genesis, has brought a suit against Electronic Arts (EA) claiming a breach of contract stemming from EA's failure to pay royalties for use of his work.  According to Gamasutra, Antonick alleges that "all subsequent versions of the series are derivative works based on technologies he developed, specifically his football player behavior AI, the pseudo 'three-dimensional projection' of the field, the original game's instant replay feature, and the concept of a 'positional camera.'" In the suit, Antonick seeks payment for the use of these innovations.

According to this lengthy report in Bright Side of News, under the original contract, which has been amended since its creation in 1986, Antonick was entitled to royalties of 15% on all sales and 5% for derivative works.  Since Madden football was started it has brought EA approximately $4 billion in profits.  Antonick alleges that his work was used by EA in their other games including their NHL game.  Antonick is seeking the past royalties plus interest.

Gamasutra reports that earlier this month, EA filed a motion to dismiss, claiming that no breach of contract has occurred because the features at issue are non-copyrightable and thus not covered by the contract.  In addition, EA claims that the statute of limitations has already run.  In addition, in response to Antonick's original demand for royalties, EA provided Antonick with the source code for its version of the game to prove that his code was not used.  EA also has submitted five declarations saying the new version of the game was developed without using any of Antonick’s work.

Gamasutra concludes that, "[i]n order for Antonick to have a case, he will have to convince the court that his work amounted to original expression, rather than computer algorithms, which would make it copyright-protectable work."

How To eBay Your Children's Offending Toys (Moms: Do Not Try This At Home).

As the mother of two preteen children this story hit a little too close to home.  In short, kids insist on playing with Beyblades in the bathtub, said tub is chipped and soap holder is broken by the rough play, frustrated Mom seizes toys, and presumably, after reducing the kids to tears by threatening to get rid of the toys, takes a snapshot of the tearful kids holding the offending toys in a ziplock bag; frustrated Mom makes good on her threat by actually auctioning toys of traumatized kids on eBay.

Now here's the thing: there was keen bidding for the toys (estimated retail price $69) - the bids skyrocketed to $999,999!   So, what's wrong with this picture? I'll tell you what's wrong - like a virtual Hydra, an online community known for rapidly rallying behind the causes of its members became indignant at the 'heartless' Mom.  Members waded in, sparing no expense, to bid the auction to ridiculous heights.

The last auction bid was for $999,999.  As we know, an auction sets up a contractual sale - in ordinary circumstances notice of the sale is an invitation to make offers, bids are offers, and the bang of the auctioneer's gavel (or in these circumstances, expiry of the fixed time predetermined for auction of the particular item) signifies acceptance of the highest bid.  Are you serious???  Surely not $999,999 for a Ziploc bag of silly used toys (plus the guilt of being an accomplice to the trauma of two kids).  Is there a law against this?  There may be.

The first rule is READ THE CONTRACT.  eBay's terms provide:

As an auction-style listing proceeds, we’ll automatically increase your bid on your behalf, up to your maximum bid, to maintain your position as the high bidder or to meet the item’s reserve price. The bid increment is the minimum amount by which your bid will be raised.

So, there may be automatic bidding.  Okay.  But you may pay less than your bid if you win:

When you win an auction you always actually pay only a small amount more than the next highest bid-even if your bid was thousands of dollars more.  If your bid wins, you must buy. Your bid on an auction is a legally binding contract. If when time runs out your bid is the highest, you have purchased the item and must pay the seller for it.

So what happened here?  Was the last bid $999,999, or was it in reality say (I'm picking a number out of thin air here) $73.01?  Clearly this would be less cause for excitement/incredulity (take your pick).  And that brings me to my next point: what was said frustrated Mom supposed to make of the bids?  Was she expected to take it all seriously?  Was she one of those rare creatures that actually read the fine print, and knew that $999,999 meant squat?

These are not merely rhetorical questions.  If she had reason to believe the bids were in jest, would that negate the intention of the vengeful Hydra to enter into a legally binding agreement?  Do eBay's terms permit this - can any random group decide to use eBay as a means of punishing (whom in its opinion is) a bad mom by frustrating her lesson-in-financial-responsibility punishment?  Maybe not - eBay's terms state further:

Bidding is meant to be fun, but remember that each bid you place enters you into a binding contract. The only bids that are non-binding are those placed in the Real Estate category and for vehicles on eBay Motors. All bids are active until the listing ends. If you win an item, you’re obligated to purchase it.

But was this auction binding?  Let's think this through:

So, what's a mom to do: exasperated, ask eBay to cancel the auction? Can this be done without a reserve price?  Can eBay do whatever its adhesion contracts say it can?  Apparently, yes, and in this case, that is what happened.  eBay cancelled the auction (presumably at the request of the humiliated Mom) and that was that.

Well I say there ought to be a law.  Not necessarily against on-again-off-again auctions (if there can be such a thing - you either bid or you don't, you either accept the bid or you don't?), but against the unsympathetic hounding of frustrated mommies.  You see, I know all too well how hard it is to balance lessons in obedience, responsibility and (dollars &) 'sence' with warm hugginess, patience and forgiveness.  As the mother of two children, I know that sometimes, you need to just let it lie.   But there are those moments when you've simply had it - when you've heard 'let 'er rip"a hundred million times, and that irritating rattle and roll in the beyblade arena (yes, one of my kids looooooves beyblades too) is ringing in your ears, for example.

Imagine another scenario: You've had a long day teaching, you are starving because all you had to eat all day was that granola bar snatched between classes.  You're finally home juggling cooking dinner, supervising homework and checking voicemail messages.  The fact that someone has contributed to the daunting mess in the family room by leaving beyblade paraphernalia scattered all over the place is ticking like a timebomb, at the back of your brain, setting up a 'Mommy moment'.  Must you not only patiently endure your hunger, your exhaustion and your frustration, but fight the temptation of eBaying the offending toys too?

I've tried the maligned discipline tactic before, you see.  Someone who will remain nameless once shattered my car windscreen during a tantrum.  Exactly $173.16 of the $1000+ it cost to replace the windscreen emptied the culprit's piggy bank.  Admittedly I didn't take a picture of the culprit, post it on eBay, round up all the beyblades I could find, and attempt to raise the $826.84 balance by auctioning them on eBay.  I'm not even sure the lesson had the desired effect because from time to time, I'm reproachfully reminded by a certain someone (who's saving up for the latest computer-game-thingy), that s/he would have $173.16 more by now if I hadn't raided his/her piggybank. 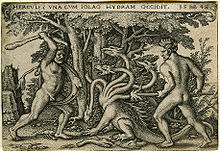 Its a sometimes thankless job, being a Mom, but really, what has this world come to when a random Hydra can rear up to (caution: link contains coarse language) frustrate your non-spanking discipline attempts , and you earn yourself a place in the Mommies Hall Of Shame for even trying the discipline attempt?  With a chipped bathtub and broken soap dish on top, to add insult to injury?

So now I have a hilarious intended-in-jest-or-serious-contractual-offer teaching hypo for my contracts students.  And, the urge to check that I have not been outed in the Mommy's Hall of Shame as a bad mom everytime I cringe at hearing 'let er rip!"