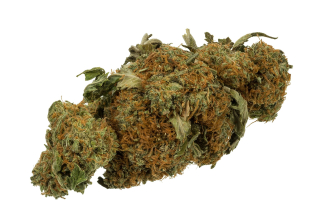 Defendants here are corporate entities and representatives of those corporate entities that approached SSL Investments (SSL), a processor and wholesale distributor of THC oil, to offer proprietary technology useful in the processing of such oil.  The process purported to produce oil of over 90% purity, while retaining cannabinoids present in the raw material.

The parties entered into an agreement in 2018, and defendants installed their equipment in plaintiff's facility.  SSL alleges that not all of the equipment arrived, that the equipment failed to function as advertised, that defendants in fact used SSL's facility to engage in product research and development, and that defendants induced SSL to invest in their equipment.  Less than one year into the relationship, defendants terminated the agreement and removed their equipment.  SSL sued, claiming losses arising from defendants' violation of RICO (wire fraud), conspiracy to violate RICO, fraud, fraudulent concealment, unlawful business practices, and false advertising.  Defendants responded with a motion to compel arbitration.

Plaintiff attempted to avoid the arbitration provision by pointing out that its claims arise in tort, not contract, and thus the contractual provision ought not to govern.  The court rejected this argument, noting that all of SSL's claims arise out of the agreement and the parties' conduct regarding the agreement.  Although the Federal Arbitration Act calls for District Courts to stay proceedings when granting a motion to compel arbitration, the Ninth Circuit permits District Courts, in the exercise of their discretion, to dismiss the action when all claims are arbitrable.  That being the case here, the District Court dismissed SSL's claims without prejudice.