Quick Notes: A New Promises Promises Episode and a Jotwell

After a long hiatus,  David Hoffman (left) and Tess Wilkinson-Ryan (right) are back with a new episode of their podcast Promises Promises.  Welcome back!  This time, they discuss S.P. Dunham v. Kudra, and they have as their Zoom audience Mitu Gulati's UVA students.  The case illustrates the duress doctrine.

Professors Hoffman and Wilkinson-Ryan puzzle entertainingly (as always) over how well this case fits into the law of duress and voice their general skepticism about the line-drawing involved in identifying an improper threat, a necessary element of duress.  I don't see it as a hard case, but I agree that the court does not do much to generate confidence in the clarity of the duress doctrine.

S.P. Dunham (Dunham) was a department store that partnered with another business (Hurwitz) that stored and cleaned fur coats.  Hurwitz, which was in financial difficulties, partnered with Kudra and owed Kudra money when it went under.  With winter coming, Dunham's customers, who apparently did not know anything about Hurwitz, wanted their coats.  Kudra demanded that Dunham cover what Hurwitz owed on the Dunham's customer's coats (about $600) before he would return them.  Fair enough, I suppose, but Kudra then demanded an additional $3200 that Hurwitz owed on other coats that had nothing to do with Dunham.   Dunham paid and then sued to recover the $3200, claiming economic duress. 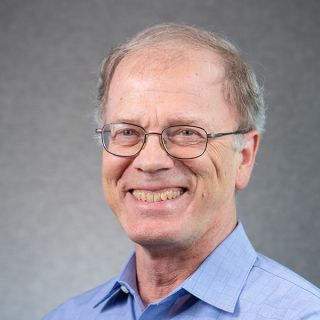 I don't have any difficulty seeing Kudra's conduct as involving an improper threat that compelled Dunham to do something that it had no reason to do, but Professors Hoffman and Wilkinson-Ryan do make the fine point that Dunham doesn't really seem to be the proper plaintiff here.  Kudra is holding Dunham's customers' property hostage, and the customers, or perhaps Hurwitz's bankruptcy estate, acting on their behalf, should be bringing the challenge to Kudra's extortionate conduct.  Still, I think Sid DeLong's Coasean theory of duress makes sense of the case in a far more direct way and at least points the way towards addressing the line-drawing problem that vexed the Promises, Promises crew.  Kudra threatens to do harm to Dunham's good will value. Knowing that the value that Dunham places on that good will likely exceeds $3200, Kudra extorted payment, leaving him unjustly enriched.  Disgorgement of those ill-gotten gains is the proper remedy.

Also worth noting is Eyal Zamir's short review on Jotwell of Joanna Demaree-Cotton and Roseanna Sommers, Autonomy and the Folk Concept of Valid Consent, 224 Cognition 105065 (2022).  We have featured Roseanna Sommers' work on the blog before, and there seems to be some overlap between  Commonsense Consent, discussed previously and the article that Professor Zamir has reviewed.  But Professor Zamir brings to the topic his own expertise in empirical studies and in behavioral analysis of law, and so his review is an especially valuable contribution.