Mark Savage reports on BBC.com that Bob Dylan has apologized.  You need not read any further.  That is news in and of itself.  I'm wracking my brain.  Has Bob Dylan ever apologized before?  For anything?  Isn't that more of a John Denver vibe?

What has finally made the American Bard issue an apology?  Breach of contract, of course.  Mr. Dylan's publisher, Simon & Schuster sold for $600 each 900 "hand-signed" copies of Mr. Dylan's new book, The Philosophy of Modern Song.  Some Dylan aficionados, it turns out, were also signature aficionados, and they discovered that the "hand-signed" books were signed using an autopen.  The publisher went through the five stages of settlement: anger, denial, reference to "letters of authenticity," consultations with PR, the offer of refunds.

For his part, Mr. Dylan regretted an "error of judgment," but he also offered explanations.  He has vertigo, so it takes a team of five to accompany him during signing sessions.  I recently saw Bob Dylan in concert, and I can confirm that he is unsteady on his feet.  During the pandemic, such sessions became a health risk and so, "with contractual deadlines looming" (that's an actual Dylan quote!!) when some unnamed person recommended the use of the autopen, accompanied by assurances that people do it all the time, Mr. Dylan agreed to auto-sign copies of his book.  The BBC report suggests that other artists have indeed used the same device.  Sinead O'Connor was unapologetic, but signed copies of her book sold for £30, so no big deal. 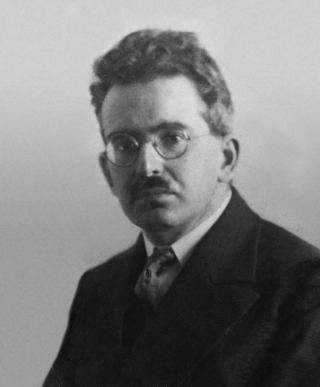 What is the difference in value between a book hand-signed by Bob Dylan and a book auto-signed by Bob Dylan?  Apparently, quite a bit, and the reason for that turns, contrary to what Walter Benjamin (left) would have you believe, on the ability of works of art to retain their auras, even when they have been stripped of their unique existence in an (often sacred) time and space.  Remy Tumin reports in The New York Times on what motivated one fan, who already owned the book in both in hardcover (unsigned), audio, and Kindle versions, to buy the signed version. “If he touches this book — he wrote it, signed it — it feels like the soul of Bob Dylan is with me.”  That, my friends, articulates the power of the aura of an authentic work of art, or at least, a thing touched by the artist.

There is a great deal to unpack in all of this, and I wish Benjamin were around to reflect on it.  Works of art once had a specific cultural role.  They elevated and celebrated; they connected us to the divine.  In the modern, disenchanted world, when they became reproducible, the cult value of the work of art is supplemented and eventually replaced with its exhibition value.  The role of the work of art changes as the sources of its value changes.  Benjamin celebrated the transformation of the social function of art.  Art, freed from cultic aura, is democratized.  Pictures, movies, electronic files, etc. can be endlessly reproduced and enjoyed by the masses.  The museum, the gallery, the cafe, the salon, the cinema become the new settings in which the work of art does its work.

At this point, one wants Adorno to step in and to warn about the susceptibility of art to commodification.  People still long for the cultic aura -- the verisimilitude of proximity to artistic creation.  We cannot look over Bob Dylan's shoulder as he writes "Mother of Muses" (below), my favorite song on Rough and Rowdy Ways.  He will not premiere his new songs for us.  The best we can do is buy memorabilia, and we value that memorabilia to the extent that we think it connects us to art or the artist, but the connection is attenuated, shrouded in mists or mysticism.  And then we degrade the artwork's aura (or that of its creator) by reducing its value to the cash nexus.  Appalling!  As thought paying for something would reduce our alienation from our species-being rather than embodying it!  It's in the 1844 manuscripts people!!!

Console yourself that with each breath, you likely inhale some of the same molecules that Mr. Dylan inhaled just before he sang "Blowin' in the Wind" for the first time.  By paying for his signature, you might as well be breathing in molecules Mr. Dylan exhaled during the recording of "Idiot Wind."  Better than either option, you can get a whiff of Dylan's aura at the Dylan Archives in Tulsa.  I plan a pilgrimage soon, even though I reside firmly on the post-Weberian side of disenchantment.

That said, I was thinking about art and aura when I saw Bob Dylan live.  The stage was crowded.  I heard him before I could pick him out, in the (I assume intentionally) one dark patch of an otherwise carefully illuminated mis-en-scene.  The voice was unmistakable.  Bob Dylan was there, singing an unrecognizable version of a recognizable song.  And so it would continue for ninety minutes or so.  Eventually I found him, hunched over a keyboard, looking down at his lyrics, harmonica at the ready, and I was enchanted.