In the mid-1990s, at the height of the Cola Wars, Pepsi ran an ad to introduce its “Pepsi Stuff” loyalty program, including a featured prize of a Harrier Jet for 7M points–a ridiculously high number that was supposed to signal that it was a joke. Watch the ad. However, Pepsi also sold points for 10 cents each, putting a $700k price tag on a jet that was allegedly worth tens of millions of dollars (assuming it could be acquired at all–the US government frowns on individual citizens owning military equipment).

John Leonard, backed by a rich friend Todd Hoffman (who looks like George Carlin), tendered $700k and ordered 1 Harrier Jet. Pepsico declined; they sent him coupons for a couple of cases of Pepsi instead. Leonard retained a lawyer and made legal threats. Pepsi preemptively sued Leonard in its home court of SDNY. Judge Wood’s opinion concluded that the ad objectively did not communicate an offer due to its humor, so no contract ever formed and Leonard didn’t get his Harrier jet. Wood’s opinion is relatively dry, but it’s become a staple of the contracts law canon because of its fun facts and its precise analysis.

Because this case is so iconic, I was excited to see the new Netflix documentary, “Pepsi, Where’s My Jet?” The documentary interviews key figures in the case, many of whom are still alive, and it’s fabulous to hear them tell their stories in their own words.

Despite that, the documentary was disappointing overall. If you’re a contracts or advertising law nerd like I am, you’re going to watch it no matter what I say. But I had hoped the documentary might become a must-see pedagogical supplement for anyone reading the case, and I don’t think it gets there.

The documentary is framed around the cross-generational bromance between GenXer Leonard and his financial sponsor, Boomer Hoffman. Obviously that relationship is at the story’s heart because there was no case without Hoffman’s largesse. However, the filmmakers repeatedly steered the narrative into the bromance, such as seemingly irrelevant segments showing Leonard and Hoffman recently summitting Mt. Vinson in Antarctica (an impressive, but very expensive, accomplishment). 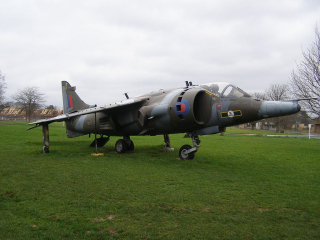 The documentary was split into four episodes, totaling over 2.5 hours. It would have been much better packed into a single 90 minute episode, but instead it felt like the filmmakers padded the narrative with tangents and dead-ends to reach the target length.

Also, the documentary includes many historical reenactments, many of which were unnecessary and not compelling. I am not a fan of recreations in documentaries.

The actual legal ruling gets surprisingly little airtime in the back half of the fourth episode, and the filmmakers did a poor job of contextualizing it. For example, long-standing contracts law doctrine says that advertisements ordinarily are an invitation to make an offer and not an offer themselves, which the documentary doesn’t mention. The documentary repeatedly mentions that many consumers, especially teens, would have taken the ad seriously, but the documentary only offers Team Pepsi’s rebuttals and a few words from the opinion to counter this view. The filmmakers surely could have interviewed some independent experts in contracts law or the advertising industry to supplement the parties’ self-interested statements, and many of them would have sided emphatically with Team Pepsi. By omitting the independent voice, the filmmakers betrayed their normative agenda.

Similarly, the filmmakers styled the case as a David v. Goliath battle. Indeed, it was, but the filmmakers didn’t aggressively question Leonard’s motives. (Instead, the documentary spent a minute or two indulging in overly speculative conspiratorial theories about Pepsi malfeasance that should have been cut). Sure, Pepsi is the big bad company, and surely Pepsi could have easily made safer legal choices in how it presented the jet. At the same time, it’s impossible not to feel like Leonard was an opportunist who used the law, and then media pressure, to improperly seek something he knew he wasn’t really entitled to. For every story of big companies squashing little consumers, there’s another story of little consumers gaming the legal system to extract undeserved cash from big companies and subtracting social value. Leonard’s story really could be told either way. A different filmmaker might have included some counternarrative material that Leonard’s legal efforts were a wasteful and venal abuse of the legal system, along the lines of Harris v. Time. The documentary suffers by not offering that self-reflective/critical perspective.

Some other details I learned:

Other things the documentary should have addressed but did not:

Though it was completely irrelevant to the story, the filmmakers had many of their interview subjects take the Pepsi Challenge. I won’t spoil the fun by revealing which soda won this completely nonscientific test, but I will note that both Coke and Pepsi have lost the war as consumer tastes have evolved and consumers now drink less sugary sodas overall.

I rather liked the series. It is a wonderful lesson about the desire for specific performance. It also is a wonderful lesson about people who take language so seriously and are morally committed to pacta sunt servanda. And, having fathered an adolescent who was at that age particularly sensitive to hypocrisy, those who would form the Pepsi generation might not be the addressees that Judge Wood imagined.

I watched it. Strangely engrossing although probably four times too long.

I went back and re-read the case. Why didn't they appeal? I suspect Todd didn't want to throw away more money. The procedural status was actually arcane and the producers didn't mention it. At some point, Leonard was willing to give up and offered a voluntary dismissal. Judge Wood granted it on the condition Leonard pay Pepsi $88,000 in legal fees for the case Leonard filed in Florida, which was transferred to NY and consolidated, there having been absolutely no basis for filing it in Florida. So Leonard appealed his voluntary dismissal and the award of the fees. And Judge Wood said, if you don't pay the fees, I'm not allowing the voluntary dismissal. So they proceeded with the case and Pepsi filed its SJ motion. My guess is that Hoffman said "if I'm out $88,000, let's spend it on fighting," and when they lost the SJ motion, he turned off the money spigot.

Thanks, Alan. The substantive portion of the per curiam decision is as follows: "We affirm for substantially the reasons stated in Judge Wood's opinion." The citation should be 210 F.3d 88 (2d Cir. 2000).

Found out about this story on YouTube and it was so captivating I had to watch the movie. Good lesson to be learnt by advertising agencies and companies in general. This documentary tells it all; https://www.youtube.com/watch?v=EywUUgT-b1g&feature=youtu.be