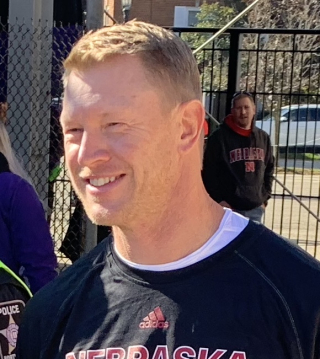 Last week, we posted about Nebraska's decision to fire its head football coach Scott Frost and pay him $15 million in severance.   Victor Goldberg shared Coach Frost's contract and its two addenda, with me.  You can also find it online here.

One big takeaway from Professor Goldberg's work is that sophisticated parties fashion their own remedies, and those remedies often depart from the default rules set out in the common law.  So too in the realm of coaching contracts.  You might think that a coach who gets a $15 million severance package for early termination of his contract would have to mitigate should he land comparable employment at another school.  Not so here.

As Professor Goldberg notes after reviewing the contracts in his comment here, Coach Frost's initial Dec. 2017 contract provided that, while he had no obligation to mitigate, if he got another coaching job, either in the NFL or with another Division I NCAA team, the severance pay (termed "Liquidated Damages") would be offset (set forth in Section 13(b) of the original agreement).  But the addenda provided for neither a duty to mitigate nor an offset (in paragraph 2 of the 2021 addendum and paragraph 3 of the 2019 addendum).

The mystery to me is why the addenda, negotiated after Coach Frost and Nebraska football suffered through several losing seasons, would be more generous than the original contract, negotiated when Coach Frost was the hottest coach on the market.  One would have to review the contracts as whole to determine what Coach Frost gave up in exchange for more generous liquidated damages provisions.