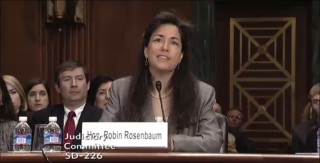 In a witty and engaging opinion that begins with a seeming tangent about pro football, Judge Rosenbaum of the 11th Circuit (left) reinstated the anti-trust claims of plaintiff Burger King (BK) employees.  The case is Arrington v. Burger King Worldwide.  After her football intro, Judge Rosenbaum begins by explaining that 99% of BK restaurants are independently owned franchises.  Nonetheless, BK and its franchisees include in their employment agreements a "no-hire agreement" which provides that no BK franchisee can hire a BK employee from another franchise for six months after the employee leaves employment at another franchise.

The main sticking point was "concerted action."  BK claimed that it and its franchisees were a single economic enterprise incapable of concerted action.  Judge Rosenbaum and the rest of the 11th Circuit panel disagreed.

The no-hire agreement in question has been in effect since 2010.  It is nasty.  If it is violated, the franchisee who poaches workers must pay all costs and attorneys fees incurred in an action to enforce the provision.  That franchisee may also soon lose its franchise.  Although BK stopped insisting on the provision in new franchise agreements entered into after 2018, it is still in effect for older franchises.  The District Court had dismissed the complaint on the ground that BK is a single economic enterprise and ruled that amendment of the complaint would be futile.

Judge Rosenbaum lays out the structure of BK's franchise system and walks through Section 1 of the Sherman Act.  Arguing by analogy to the 201o Supreme Court case American Needle, Judge Rosenbaum found concerted action.  In that case, the 32 NFL teams gave Reebok an exclusive license to sell team headgear.  The Court there specified that the "concerted action" inquiry is tailored to the facts of the case.  The question is not whether the defendants engage in concerted activities for all purposes but whether they did so in connection with the action or actions at issue. 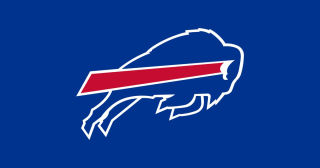 When football teams market their own teams' garb, they are not furthering the common interest of the NFL.  On the contrary, they are competing against one another.  As Judge Rosenbaum notes, "No self-respecting Dolphins fan would ever buy a Jets or Patriots hat (at least not for herself). And Jets and Patriots fans are pretty unlikely to purchase Dolphins garb (though they are missing the boat on that one)."  As the spouse of a proud Buffalonian, I can attest that my in-laws would at best take a "hate the sin, love the sinner" approach if I were to show up at a family gathering in aqua and orange, and a costume change would be in order.

The syllogism then quickly arrives at its conclusion: "So too here. Burger King and its franchisees, though they certainly have some economic interests in common, each separately pursue their own economic interests when hiring employees."  BK still argued that the restraint on trade involved was not unreasonable.  Judge Rosenbaum would not bite on that one, remanding the issue back to the District Court.  When it gets there, I hope the plaintiffs' attorney will ask in voice dripping with sarcasm and innuendo, "If it was so 'reasonable' [using air quote hands here], why did not you take it out of your franchise agreements in 2018?"