Last week and the week before, I put up a three-part post (here, here, and here) on what I see as the major differences between teaching at top law schools, which I called "The Legal Academy," and teaching in the schools that I have taught at for most of my career, which I call "The Other Legal Academy."  The posts gathered quite a bit of attention on Twitter.

I joke.  People on Twitter had nice and interesting things to say.  There, and in private correspondence, people in the OLA thanked me for giving voice to their experience.  Other people in the OLA shared their very different experiences in the OLA.  As they say on Twitter, YMMV.  People in the LA reached out to try to bridge the gap between the LA and the OLA.  I appreciate their efforts, but I think they to some extent misconstrued my point.

I set out as an academic hoping to have the kind of life that my professors had.  I do not have that life, but I love my professional life, and I don't know if I would be happy in the LA.  I also recognize that there are trade-offs.  As Joni Mitchell puts it, "Something's lost, but something's gained in living every day."  Moreover, the very different ways in which people in the LA and the OLA need to allocate their time steadily widens the gulf between my part of OLA and the LA.  Differences in resources and certain structural formations push us farther apart.  I wasn't writing in the hopes of sparking a reform movement.  I was just describing the situation as I have experienced it.  But the LA and the OLA will always overlap to some extent, and I am happy about that. 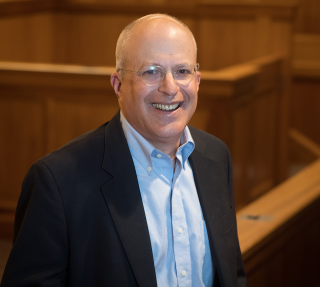 Now, over at Prawfsblawg, Jeff Lipshaw has more nice and interesting things to say about his very different experiences in the OLA.  His is an interesting perspective to compare with mine, as Jeff and I have crossed paths numerous times, in large part because of our overlapping interests in commercial law and German social theory.  He focuses on his life as a scholar.  He has not felt as cut off from the LA as I have.

I started the series noting that there are "at least" two legal academies, and Jeff teaches at a school that is somewhere between where I teach and the LA of my youthful fantasies.  He teaches in a major city, home to plenty of other law schools.  But some of the differences just have to do with differences between Jeff and me.  Perhaps those differences have to do with our personalities or our professional drive, perhaps Jeff is a more talented scholar than I am.  Again YMMV.

The least talked-about part of my three-part post was the part about teaching.  Perhaps that is because that part came last and people were just tired of the topic and or my authorial voice, which was tendentious right from the start.  Perhaps it's because teaching is so personal and idiosyncratic.  But I think the differences in teaching in the OLA and the LA drive everything else.