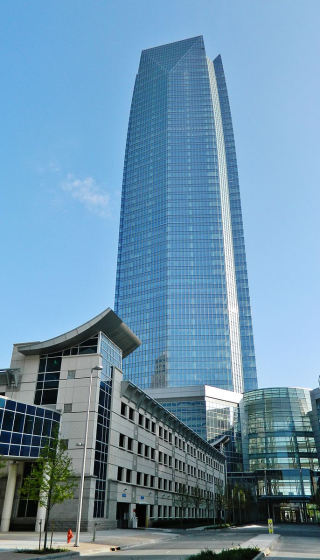 In 2018, two employees of defendant Line Finders (LF) were injured in a gas-line explosion allegedly caused by an employee of plaintiff Devon Energy (Devon).  One of the employees sought compensation from Devon, and Devon sought indemnification from LF under the parties' master agreement.  LF refused, and Devon sued, alleging breach of contract, seeking declaratory relief and damages.

In April and May, 2021, the parties negotiated a settlement agreement.  After several rounds, Devon sent LF the final version.  LF's attorney responded on May 21st, "The settlement agreement looks fine. Please send me an execution version and I will procure signature."  As the 10th Circuit puts it in Devon Energy Production L.P. v. Line Finders, LLC, Devon did not "immediately" send the agreement.  It did not send it that week.  Or the next week.  Or the week after that.  Not in a box, not with a fox, not in a house, not with a mouse.  Not here, not there, not anywhere.

And then, on June 9th, the other injured employee sent a demand letter to Devon.  On June 11th, Devon signed.  On June 17th, it sent the signed agreement to LF.  What a lovely fact pattern!

Devon of course insisted that the parties had already agreed.  LF countered that they had agreed to be bound upon execution, and the agreement had not been executed.  Moreover, LF contended, the agreement was based on mistake and fraud because LF did not expect the second employee to make a demand and Devon failed to immediately disclose when he did.   Oooh!  Better still!

The District Court found for Devon.  Agreement had already been reached on May 21st.  The agreement did not require execution.  Nor was there a mistake, because both parties knew that a second demand was possible.  Finally, the timing for a fraud claim doesn't work, because at the time of the parties' agreement (May 21st), Devon did not know that the second employee would issue a demand on June 9th.

The 10th Circuit agreed with the District Court.  While Devon's original April 7th counteroffer had language requiring execution, its May 21st settlement agreement had no such agreement.  The parties were bound based on LF's attorney's agreement.   Moreover, an agreement signed by one party after agreement binds the other.  That occurred in this case, said the court, when Devon signed on June 11th.

As to the mistake/fraud claims, LF had acknowledged that, at the time it agreed to the settlement, it regarded a second demand from its injured employees as a remote possibility.  A remote possibility is still a possibility.  This was no mistake.  It was a gamble, and LF lost the bet.  And there was no fraud because, as already noted, at the time the parties entered their settlement agreement, neither party knew that a second demand was in the offing.

The timing of Devon's signing and returning the agreement does seem fishy.  If the parties were bound on May 21st, why sign on June 11th?  If the claims were equitable, there might be a laches argument, as the timing of the signing seems opportunistic.  But law is law.  The parties were bound and would have been bound regardless of execution.  Interestingly enough, Devon's seemingly opportunistic behavior was a feature, not a bug.  Case law indicating that one signature binds parties after agreement provided powerful support to the court's conclusion that the parties were bound.  But is "looks fine" really agreement?  If all of the terms were agreed to, why not just sign whatever Devon sent on May 21st rather than requesting a "final version?"