The New Yorker Reports on Pre-Nups 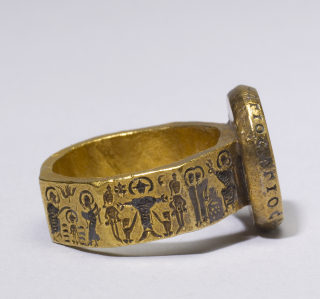 A recent article in The New Yorker  reports that pre-nups are way up.  According to the poll, a whopping 40% of married people between the ages of 18 and 34 have pre-nups.  For people above 55, the figure is 5%.  I am in the latter category, but my wife and I have a pre-nup.  Most of its terms relate to her obligation to sit on the loveseat with me and watch things on television.  Unfortunately, it was devised before I went to law school, and so I did not know that pre-nups have to be in writing.  And they can't be fictional.  Our prenup develops new provisions each time there is some show I want my wife to watch with me.  "If you consult our prenup, I'll say, you'll see that you are contractually obligated to sit here."  My wife considers it unenforceable.  But she's not an attorney.

RTThere is a socio-economic reason why pre-nups are all the rage: debt.  The stereotypical pre-nup is about some rich person trying to protect their pre-marital wealth.  Pre-nups today are often about partners trying to protect themselves from their partner's debt.  That debt might be student loans or it might be impending medical costs.  The New Yorker article starts with the story of a couple that had been together for a while when the man was diagnosed with terminal cancer.  He then asked his partner to marry him.  She agreed, but conditioned the marriage on a pre-nup, as she did not want to be saddled with responsibility for medical costs that clearly would exceed his ability to pay.

The article then provides a nice history of pre-nups in the Americas, building on scholarship by Marcia Zug.  Their enforceability was not a certainty until the 1970s or 80s, depending on the jurisdiction.  The law of pre-nups is, to this day, littered with regulations intended to prevent the worst possible outcomes.  The result is to make pre-nups harder to enforce and more expensive.  For example, some states require that the pre-nups be entered into a certain period before the wedding, a response to occasions when men presented their betrotheds with "revised pre-nups" on the way to the rehearsal dinner.  Some states also require that the parties each have their own attorneys.  This is wise if the parties have asymmetrical means, but that is not always the case.  LSU's Elizabeth Carter has argued that pre-nups should be standard for all married couples.  There are lots of reasons why Professor Carter thinks people getting married need pre-nups, but pre-exiting debt seems to be one important one.  In addition, a pre-nup also enables a party to tailor the division of marital property so as to avoid being stuck with the state legislature's one-size-fits-all default rules that might not actually fit. 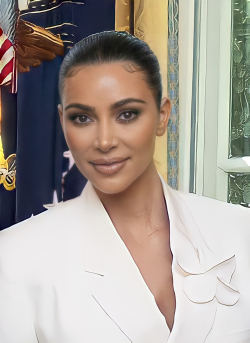 But then at the end of the article, it turns out that pre-nups are still pretty expensive and mostly for the financially comfortable.  Kim Kardashian reportedly had pre-nups in connection with two of her marriages.  The cheapest of pre-nups cost thousands of dollars, and they are pricier if you don't know what you are doing.  That means the people who really need pre-nups -- the people likely to be saddled with a departed spouse's unpaid debts -- can't afford them.  The article mentions two TikTokers who share useful information about pre-nups on that platform, Kelly Chang Rickert and @yourrichbff.  HelloPrenup, a start-up featured on Shark Tank, charges roughly $600 per couple.  Even if you don't think you need a pre-nup, you might want to keep up with the Kardashians.